The Governors Conference began at the Rashtrapati Bhavan here with President Ram Nath Kovind, Prime Minister Narendra Modi and Vice President Venkaiah Naidu in attendance along with the Governors and Lt. Governors.

New Delhi: The Governors Conference began at the Rashtrapati Bhavan here on Monday with President Ram Nath Kovind, Prime Minister Narendra Modi and Vice President Venkaiah Naidu in attendance along with the Governors and Lt. Governors.

The first Conference of Governors was held at the Rashtrapati Bhavan in 1949, and was presided over by C. Rajagopalachari, then the Governor General of India. The second session will see briefings and presentations on flagship programmes of the Government of India and on internal security. During this session, presentations will be made by the Vice Chairman and the CEO of NITI Aayog as well as by the National Security Advisor.

Meanwhile, the third session will focus on the topic of higher education in state universities and skill development for employability. The Governor of Gujarat will be the convenor of this session.

In the fourth session, Governors/Lt. Governors will discuss steps taken on the report 'Rajyapal - Vikas Ke Rajdoot: Catalytic Role of Governors as Agents for Change in Society'. This report was submitted by the Committee of Governors to the President on January 9, 2018. The Committee was constituted during the 48th Conference of Governors in October 2017. The Governor of Andhra Pradesh and Telangana will convene this session. 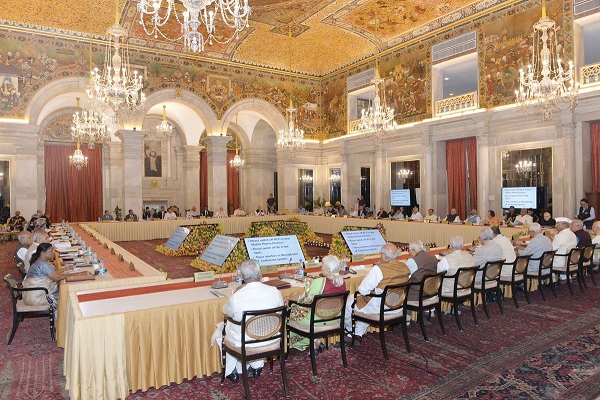 On Tuesday, the fifth session of the Conference of Governors will discuss ideas on how to commemorate the 150th birth anniversary of Mahatma Gandhi. During this session, presentations will be made on Gram Swaraj Abhiyan and Swachhata Internship and Governors/Lt. Governors will make suggestions. The Governor of Uttar Pradesh shall be the convenor of this session.

In the sixth and concluding session, brief presentations on the deliberations in the previous thematic sessions will be made by the convenor Governors. President Kovind, Vice President Naidu, Prime Minister Modi, Home Minister Rajnath Singh and External Affairs Minister Sushma Swaraj will address the concluding session. 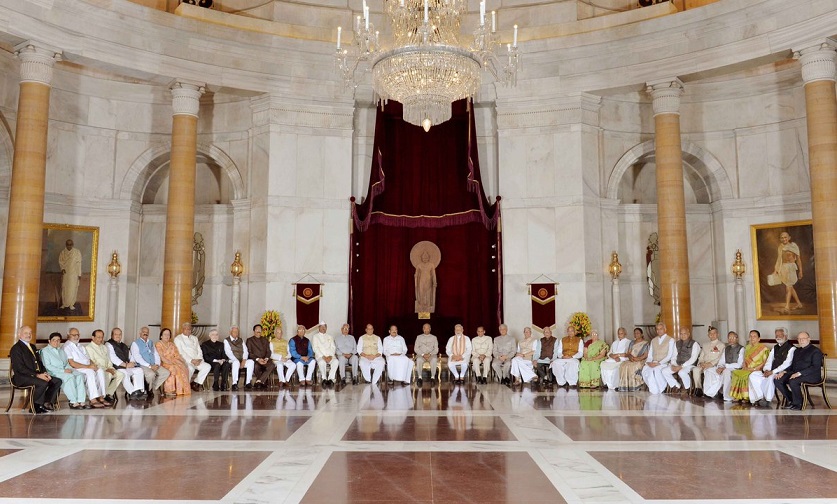