Two men have been arrested in connection with a life threat to Bollywood star Salman Khan.

Jodhpur: Two men have been arrested in connection with a life threat to Bollywood star Salman Khan, police said on Thursday.

As per cops, the duo, identified as Jagdish and Jeki, have admitted that they threatened the actor to gain popularity among people.

On September 16, a threat post on Facebook by an account named Gary Shooter carried a photo of Salman Khan with a red cross, and read, "Salman, think, you can save yourself from Indian law, however, Vishnoi Samaj and Sopu Party has announced death sentence for you. You are an accused in Sopu's court. Salaam sahid da nu; Respect girls; Save animals; Avoid drugs and help poors; Sukha kahlon Garry". 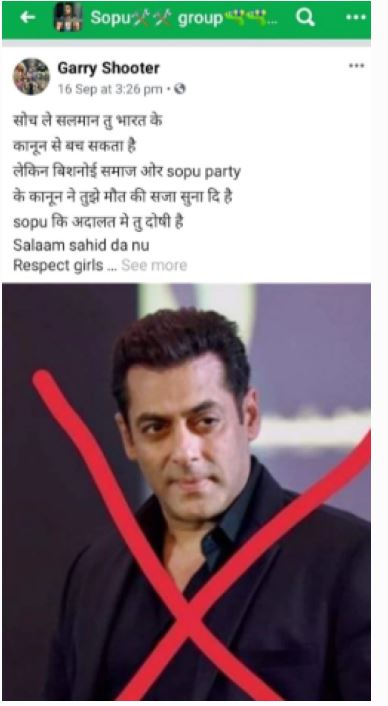 The post had appeared before the actor scheduled hearing in Jodhpur court on September 27 in the blackbuck killing case.

"Two people have been arrested. After interrogating them, we came to know that it was only to gain cheap popularity. The accused were a part of a car theft ring," Praveen Acharya, Circle Inspector at Chopasani Police station said.

Khan, who is accused in the blackbuck poaching case, had skipped the Jodhpur court's hearing on the said day.