UP: 32-year old lawyer beaten to death in Lucknow, one arrested 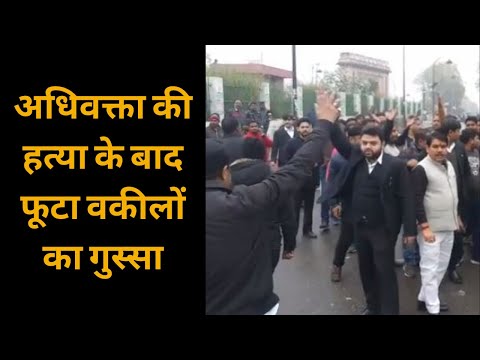 The deceased has been identified as Shishir Tripathi. Police have sent the body for postmortem and a case has been registered.

One accused has been arrested in the case. Police raids are underway at 45 locations to nab the other four accused. Krishna Nagar Inspector, Pradeep Kumar Singh has been suspended for negligence.

Congress general secretary Priyanka Gandhi took to Twitter to express outrage at the incident. She also alleged that the BJP government in the state has failed to uphold law and order in the state.

"After Vijayshankar Tiwari of Soraon and Ajay Pathak of Shamli, now advocate Shishir Tripathi has been murdered brutally in Lucknow. Is the state entirely in the hands of criminals? BJP government has completely failed when it comes to law and order," she said.

"I am standing with these families in their fight for justice," she added. (ANI)

UP: Trader killed in Azamgarh

UP DGP: Three held in Kamlesh Tiwari murder case, have confessed to crime

UP: Two held for killing lawyer