BJP on Saturday released its first list of 107 candidates for the first and second phase of the upcoming Uttar Pradesh Assembly Polls that are scheduled to be held on February 10 and 14.

New Delhi: BJP on Saturday released its first list of 107 candidates for the first and second phase of the upcoming Uttar Pradesh Assembly Polls that are scheduled to be held on February 10 and 14. Uttar Pradesh Chief Minister Yogi Adityanath will contest from the Gorakhpur Assembly constituency.
Deputy Chief Minister Keshav Prasad Maurya will contest from Sirathu in Prayagraj district. 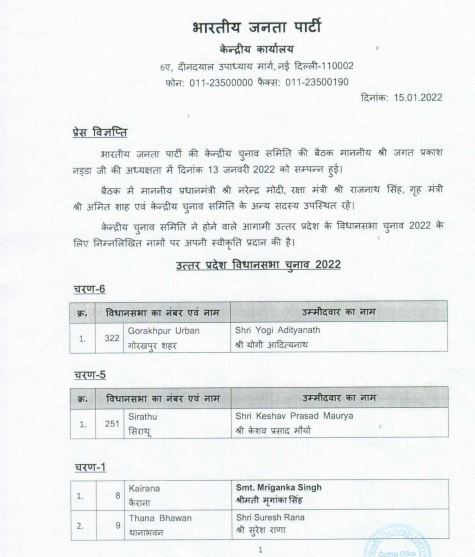 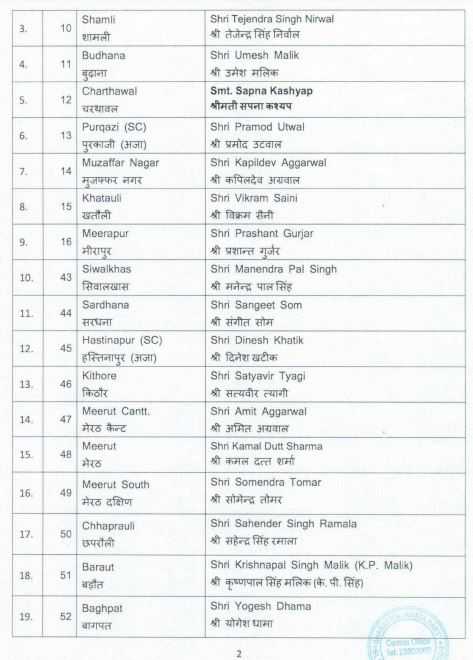 Keeping the caste arithmetic balance and to gain voters' appeal, Bharatiya Janata Party has fielded women on 10 seats, OBC candidates on 44 seats and scheduled castes (SC) candidates from 19 seats, accounting for 60 per cent of the total. 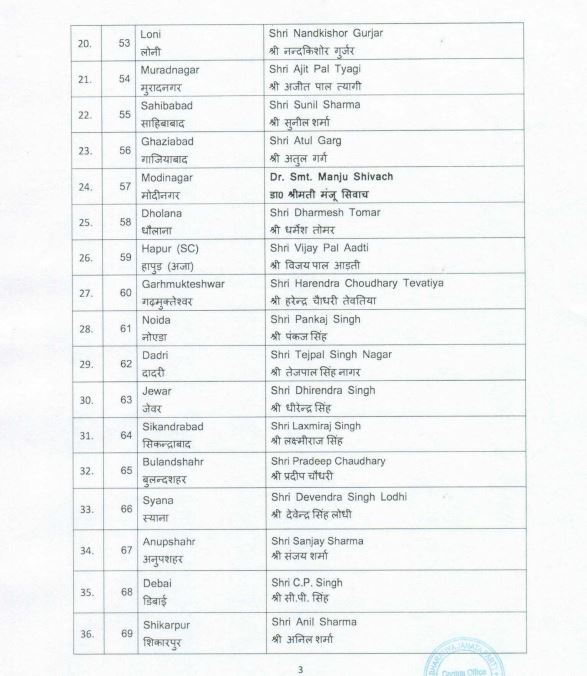 In the list released today, 83 are current MLAs of BJP and 21 individuals are new candidates of a list of 107 candidates released today in toto. Former Uttarakhand governor, Baby Rani Maurya will be contesting from the Agra Rural seat. Pankaj Singh, the son of Defence Minister Rajnath Singh, will again contest from Noida seat. 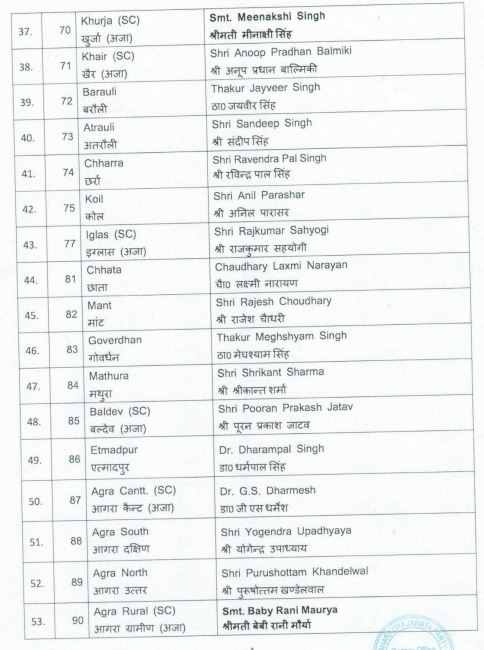 Tejendra Singh Nirwal will be contesting from Shamli seat, Umesh Malik will be from Budhana, Sapna Kashyap from Charthawal, Pramod Utwal from Purqazi (SC), Kapidev Aggarwal from Muzaffar Nagar, Vikram Saini from Khatauli will be contesting in the poll-bound state. 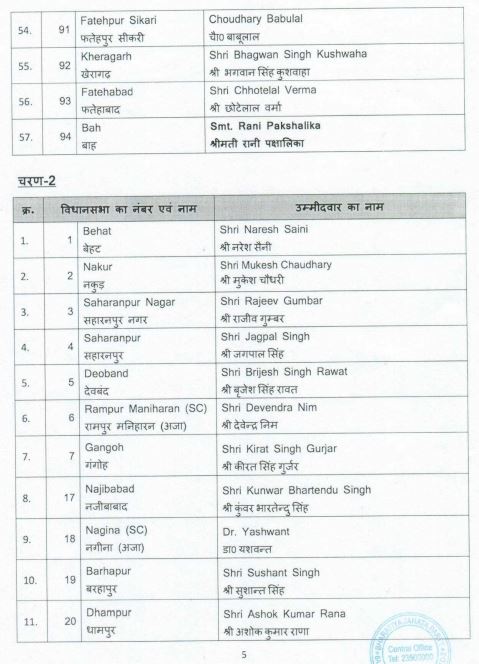 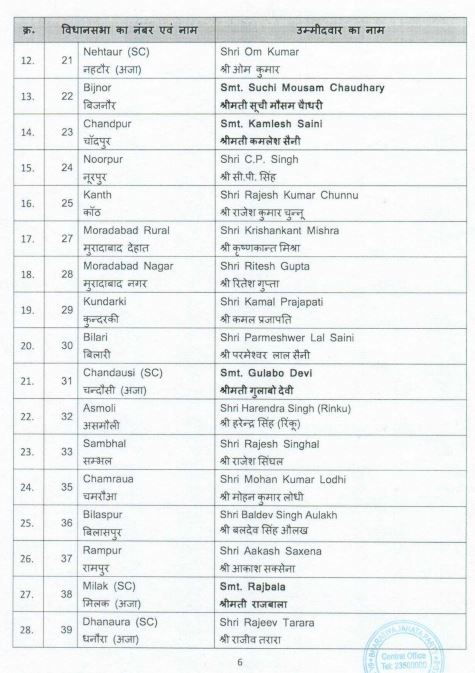 Several other candidates will be contesting in the poll-bound state. Elections for the 403 assembly constituencies in Uttar Pradesh will be held in seven phases starting February 10, the Election Commission said. 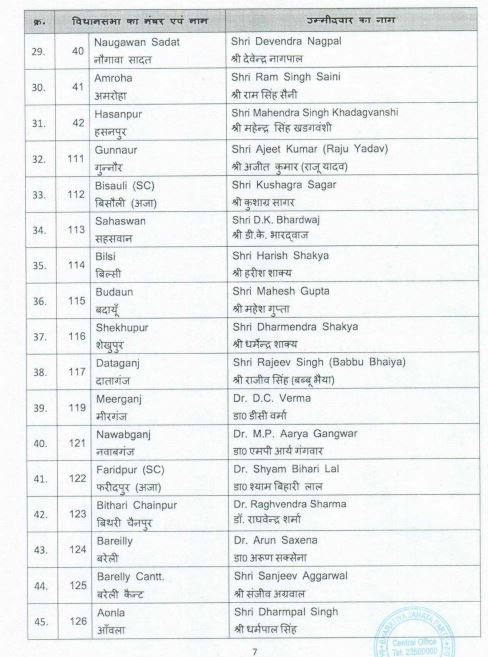 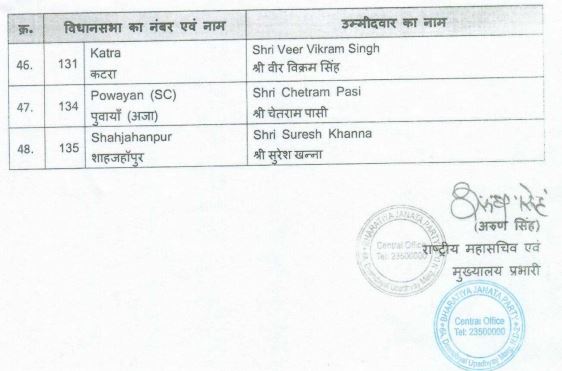 First on Dynamite News: BJP releases list of Rajya Sabha candidates for UP and Uttarakhand