By terming it as a 'fun tribute to the 90s', actor Varun Dhawan on Wednesday dropped the much-anticipated track 'Hussn Hai Sunaha' - a new song from 'Coolie No. 1'.

Mumbai: By terming it as a 'fun tribute to the 90s', actor Varun Dhawan on Wednesday dropped the much-anticipated track 'Hussn Hai Sunaha' - a new song from 'Coolie No. 1'.

The 'Kalank' star hopped on to Instagram to share a clip from the peppy dancing number that features Sara Ali Khan and himself shaking a leg in glitzy golden co-ordinated ensembles. 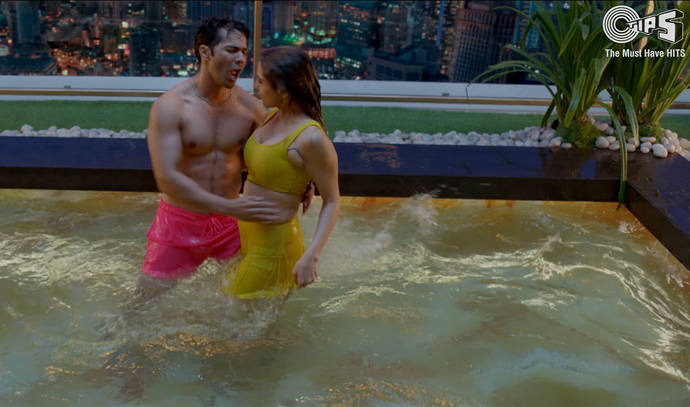 The two-minute-forty-four second song features Varun shaking a leg on the upbeat number as he switches room with Shikha Talsania and Sara. The upbeat track has a comic-feel as Dhawan hastily changes his attire in between to go and dance with Shikha, while Paresh Rawal (Sara's father in the film) tries to peep in from the windowpane. The new twist to the hit original number is surely a song to listen to on loop.

Sharing the song, the 'Student Of The Year' actor captioned the post as, "HUSNN HAU SUHAANA new. The year ended banger is here. our fun tribute to the 90's." 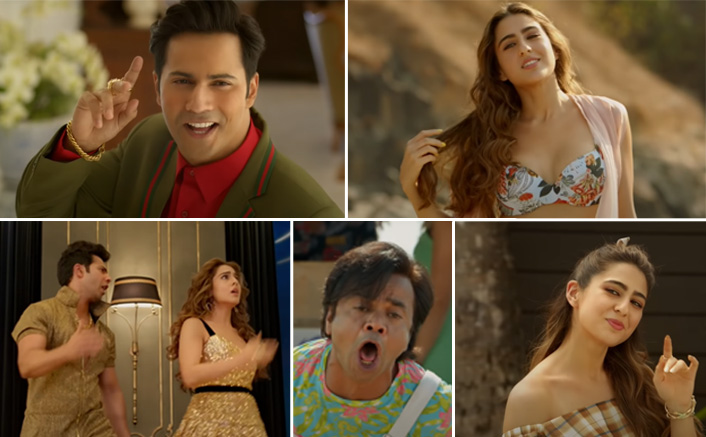 Earlier, Varun and Sara dropped the much-anticipated trailer for their upcoming drama 'Coolie No 1' in a live event.

After the box office success of 'Judwaa 2', this will be the second film of Varun with his father. The movie which is a remake of the 1995 Govinda and Karisma Kapoor starrer by the same name will see the fresh pairing of Varun and Sara.

'Coolie No. 1' will see Varun in place of Govinda from the classic and Sara in the place of Karisma Kapoor.