Seems like Bollywood star Vicky Kaushal is gearing up to take a step forward in his relationship.

New Delhi: Seems like Bollywood star Vicky Kaushal is gearing up to take a step forward in his relationship.

After the actor confirmed that he is in a relationship on 'Koffee with Karan', speculations have been rife that he is in love with television actor and dancer Harleen Sethi. Since then, there has been a steady flow of information about their alleged relationship. 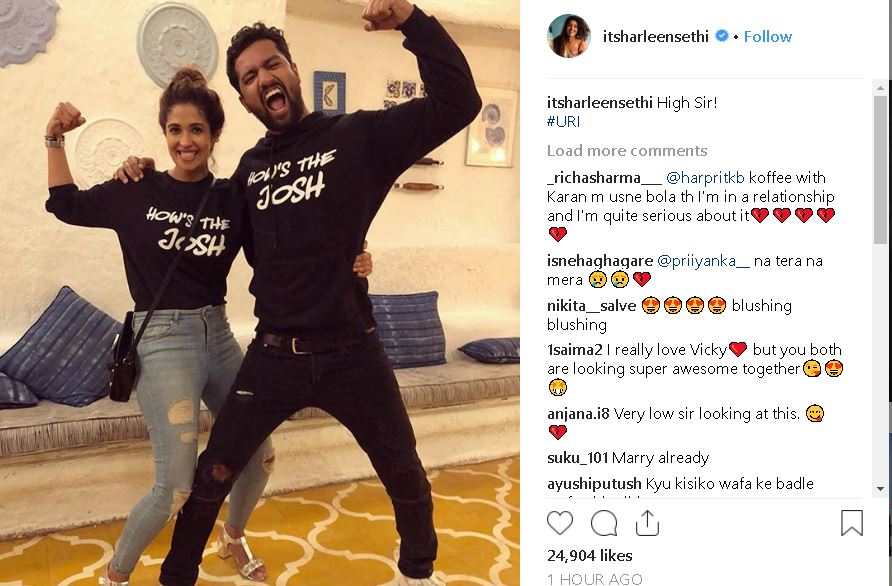 Though neither of them confirmed the relationship, Harleen turned up at the special screening of his latest film 'Uri: The surgical strike' in Mumbai. She also shared a snap with Kaushal from the success party of Uri.

Taking to her Instagram, she uploaded a photo from the success party of the film. In the photo, the couple is all smiles as they pose for the camera in the same sweatshirts. "High Sir! #URI," read the caption. Also, Vicky supported Harleen during the launch of her web series with Vikrant Massey. Massey had later shared a picture from the event to thank Vicky for his support.

Meanwhile, the movie which hit the big screens on January 11, has minted Rs 55.81 crores. (ANI)