Actor Vikrant Massey who is paired opposite to Deepika Padukone in the upcoming movie 'Chhapaak' is all excited ahead of the release and says that he was blessed to be a part of the movie where he got the opportunity to work in Meghna Gulzar's story.


New Delhi: Actor Vikrant Massey who is paired opposite to Deepika Padukone in the upcoming movie 'Chhapaak' is all excited ahead of the release and says that he was blessed to be a part of the movie where he got the opportunity to work in Meghna Gulzar's story.

The actor who is a great admirer of Hritik Roshan usually dedicates January 10 to Hritik's birthday but is pumped up to realise that his movie will also be releasing on the same day. Vikrant who has given some memorable performances recently said that his upcoming movie was different from what he has been seen doing till now. 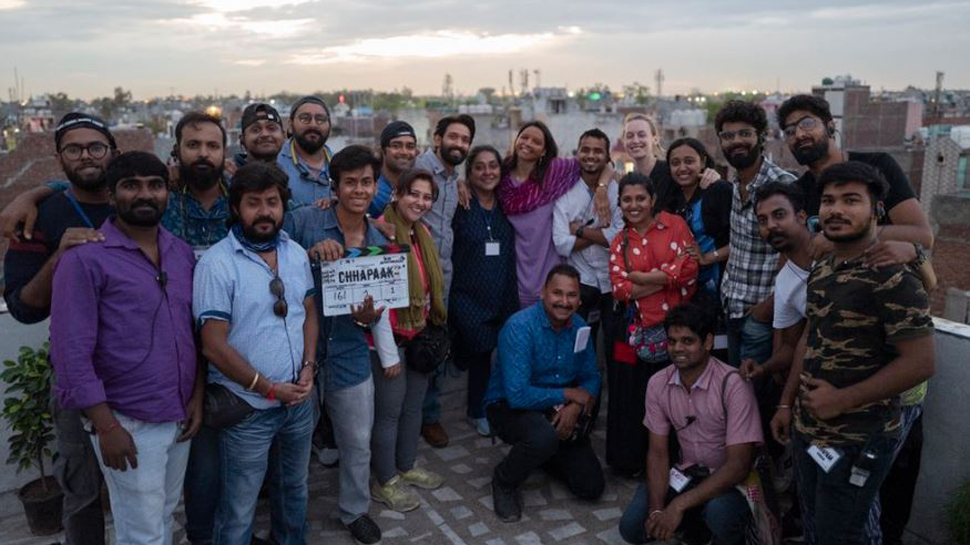 "Movie has been very special as I got to work with Meghna Gulzar, Deepika Padukone, Fox studios and mostly, the subject, the idea of the film .. blessed to be a part of the story... I couldn't have asked for more", he said.

Vikrant who has been an ardent fan of Meghna Gulzar right from the movie 'Talvar' gave an instant nod to work in the film as he 'realise the value of working with Meghana and Deepika.' 'When she saw 'Death in the Gunj', she reached out to me, though I had never expected such exposure as it was a little budget movie. So, from that day till now, working with her, speaking of her film, I'm very proud of myself that I have done decently well and I feel extremely blessed," Vikrant said.

The actor also says that he holds a lot of respect and admiration for Alok Dixit, journalist, whose life he will be seen portraying on the big-screen in the upcoming movie.

"Alok has made a tremendous impact in the life of Laxmi, be it personal or for the cause Laxmi was fighting for, leaving behind the well sustainable life he had lead ...really proud to play him and respect for him", said the 32-year-old actor. Elaborating on the issues faced by women even in the 2020s, Vikrant clearly stated that people often tend to blame the government and other institutions, but what one does at home and they personally treat women is supposed to be the first question to be asked.