Bollywood action heroes Hrithik Roshan and Tiger Shroff are all set to take you on a journey filled with stunts and power packed action sequences with their latest film 'War'. The makers of the film surprised fans by dropping a teaser on Monday.

New Delhi: Bollywood action heroes Hrithik Roshan and Tiger Shroff are all set to take you on a journey filled with stunts and power packed action sequences with their latest film 'War'. The makers of the film surprised fans by dropping a teaser on Monday. 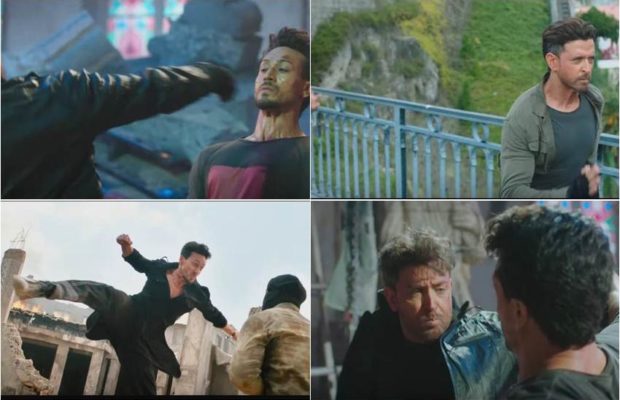 In the 53 second, teaser viewers get to see the action duo pitted against one another and they are going to rage a war at each other. The full-blown trailer is high on action, drama, and dance.The biggest action entertainer film of the year will see both the incredible action stars stretching their limits to pull off never-seen-before, death-defying action stunts and nail-biting sequences that will keep you on the edge of your seats.

The teaser opens with Hrithik and Tiger showing off their rugged looks. While the former looked dashing flaunting his muscular body and completing it with a cool pair of sunglasses, the latter donned a sporty look with a t-shirt and jeans.The teaser in a way indicates the film is a massive showdown against the two stars and has been aptly titled 'WAR'. The film is a visual treat for quintessential action cinema lovers as they would get to see Hrithik and Tiger pull off jaw-dropping sequences while trying to beat each other. 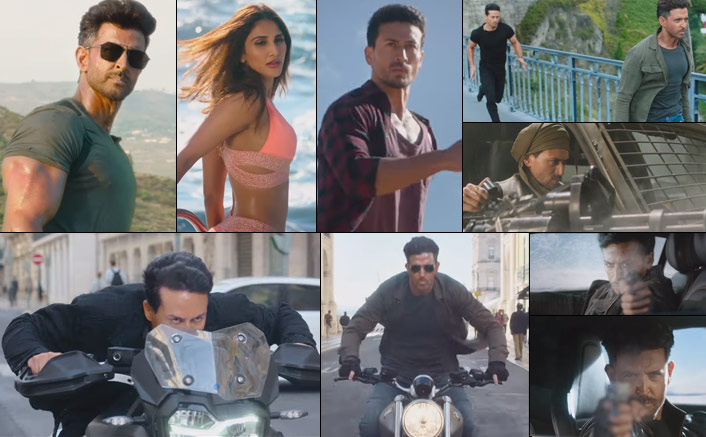 In one of the scenes, the duo is seen riding a speedy bike and performing stunts. In other action-packed sequences, the stars can be seen firing at each other with a machine gun and later indulging into a massive fight, keeping the fans on toes as to who wins the 'WAR' at the end.

Not to miss, amid all the fight sequences, the teaser also showcases the leading lady of the film. Vaani Kapoor who was last seen in the film 'Befikre' will be seen romancing the stars.

Tiger also shared the official teaser on his Twitter handle.Interestingly this is not just the end of surprise for the crazy movie buffs. The makers of the film also unveiled the first look poster of the film today.<br>In the poster, the two stars can be seen looking at each in an outlandish manner while holding guns in their hands which is just making every bit of the poster more interesting.

Trade analyst and film critic Taran Adarsh shared the first look poster of the film on his Twitter handle.

Taran noted that the film will have a 5-day *extended* opening weekend, since the film releases on 2 Oct 2019...and will release in release in Hindi, Tamil and Telugu.

The film is directed by Siddharth Anand and produced by Aditya Chopra under the banner of Yash Raj Films. On the work front Hrithik' latest flick 'Super 30' is gaining much appreciation from the viewers as it managed to rake in Rs 11 crores worth business on its opening day. (ANI)