Who is `the badass in the bandana`?

The poster of Baadshaho shared by Ajay Devgn has his face covered with a bandana and a gun in each of his hand.

In the second poster, we can see Ajay's face covered with a bandana. With two guns in his hand, he does look extremely fierce. 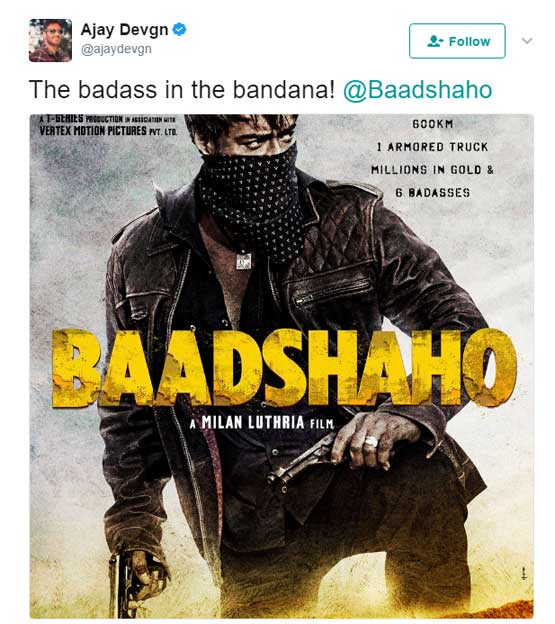 The 48-year-old posted the picture on Twitter and wrote alongside, "The badass in the bandana! @Baadshaho"

The ' Shivaay' star, on Monday, had shared the first look of the film.

The Milan Luthria-directorial also stars Emraan Hashmi, Esha Gupta and Ileana D'cruz in the lead roles. Produced by Bhushan Kumar and Krishan Kumar, the flick is set to hit the screens on September 1, 2017. (ANI)

UP theatres to show Kumbh Mela logo before screening films