Congress leader Priyanka Gandhi Vadra on Thursday said she would 'rather die than benefit BJP'.

Raebareli: Congress leader Priyanka Gandhi Vadra on Thursday said she would 'rather die than benefit BJP'.

Priyanka said, "I have said very clearly that Congress is fighting this election on its own strength. Our candidates are fighting strongly in most constituencies. I have said that I would rather die than benefit the BJP. I have made it extremely clear in all my research and in all the work that we have done to choose candidates that are strongly fighting or cutting BJP votes."

Also Read: Priyanka Gandhi- Congress has fielded some candidates to cut into BJP's vote share in UP 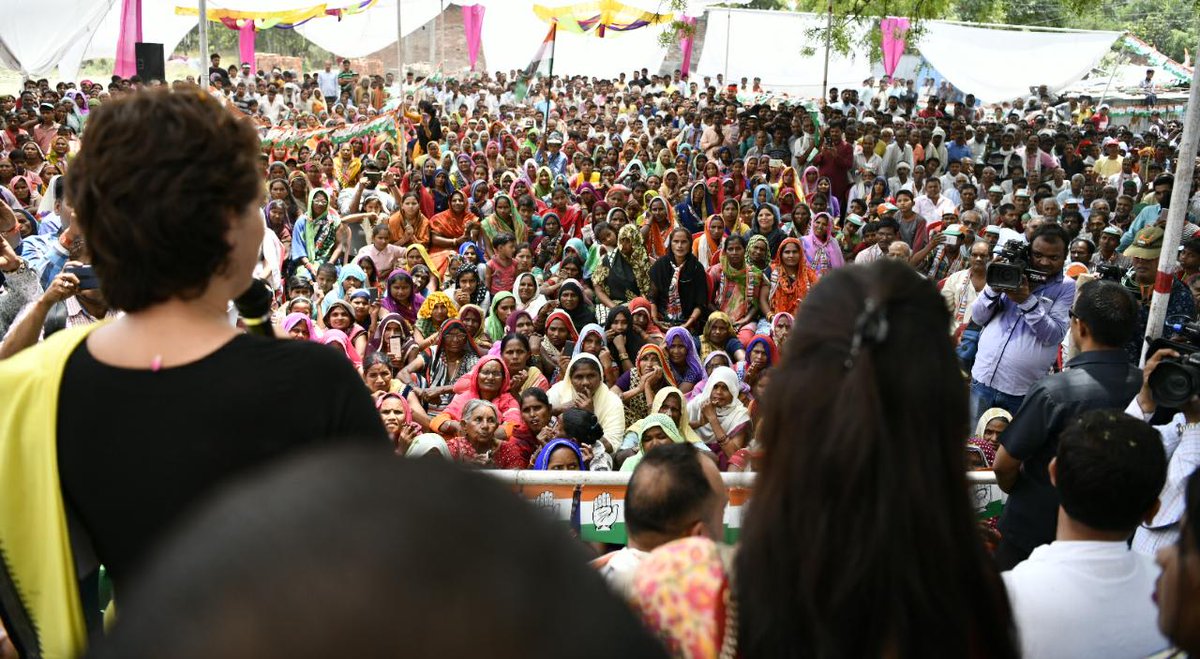 Tearing into BJP and terming the ongoing elections as a fight of ideologies, she accused the party of destroying the democracy.

#WATCH Priyanka Gandhi Vadra says," I've not said I am putting weak candidates. I've said very clearly Congress is fighting this election on its own strength. I'd rather die than benefit BJP. We have chosen candidates that are either fighting very strongly or cutting BJP votes." pic.twitter.com/UqfjfNKpxI

"It is a battle for the country and the battle for everything that we all believe in. It is a battle for the soul of this country and it is a battle of ideologies. An ideology for which members of my family have lived and died, an ideology that has built this nation. When democratic process is restricted, when they are put down, when a teacher is protesting for her own so that she gets her fees, she is thrown in jail and national security act is put against her. What are we doing? That's not a democracy. In a democracy people's voice is supreme," she added.

While replying to Union Minister Smriti Iran's comment of keeping children of cultured families away from her, she said BJP edited video and twisted the truth.

"I stopped children from saying slogans which I didn't think were correct about the prime minister. The BJP has edited that tape and removed the part where I was stopping children and they are making this allegation which is typical of them. They twist the truth but I speak the truth", she said.

She was also asked about not contesting these elections on which Priyanka said that she has chosen to not to contest these elections because she has responsibility of overseeing the election of other candidates. 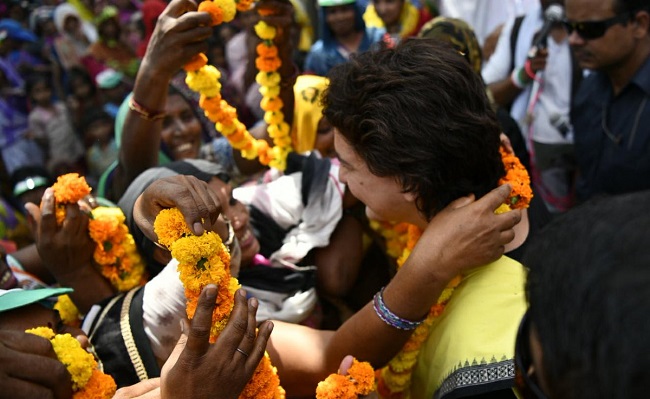 "Because I have a responsibility to oversee the election of 41 candidates", said Priyanka.

However, on being asked about contesting in 2022, when UP will witness assembly elections, she said, "perhaps, maybe!"

Earlier in the day, Priyanka had said that her focus is on both 2019 Lok Sabha elections and 2022 Assembly polls in Uttar Pradesh and she is working towards defeating BJP. (ANI)