Two terrorists were killed in a gun-battle with the security forces in Jammu and Kashmir's Budgam.

Budgam: Two terrorists were killed on Tuesday in a gun-battle with the security forces in Jammu and Kashmir's Budgam.

Jammu And Kashmir: 2 terrorists have been neutralised by the security forces in an encounter which broke out in Gopalpora area of Budgam district earlier this morning. Arms and ammunition have been recovered from the site of encounter. (Visuals deferred by unspecified time) pic.twitter.com/86wUKUu2VQ

Identities and affiliations of the killed terrorists are being ascertained. Incriminating materials including arms and ammunition were recovered from the site of encounter.

Based on a credible input about the presence of terrorists in Gopalpora area of Chadoora in Budgam district, a cordon and search operation was launched in the intervening night jointly by Police and security forces. 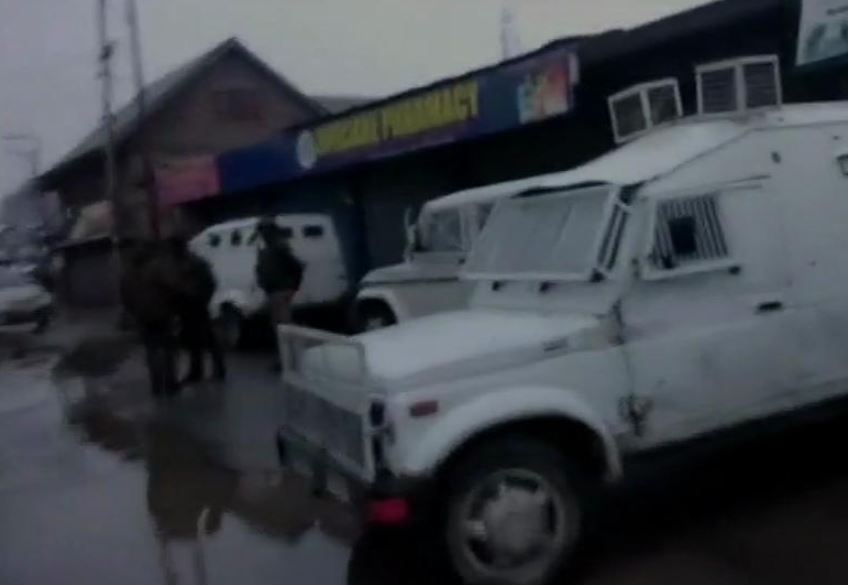 As the searches were going on, the search party was fired upon by the terrorists. The fire was retaliated leading to a gunfight.

The police has advised citizens not to venture inside encounter zone since such an area can prove dangerous due to stray explosive materials. People have also been requested to cooperate with police till the area is completely sanitized and cleared of all the explosive materials if any. (ANI)

Encounter breaks out in Shopian

J&K: Exchange of fire between terrorists, security forces in Sopore