28 killed after bus falls into gorge in Himachal

Over 20 people were killed after a private bus enroute Solan rolled down a deep gorge near Rampur.


Shimla:  The death toll in the bus accident that took place today morning in Himachal Pradesh's Simla has risen to 28.

Nine others have sustained injuries.

The National Disaster Response Force (NDRF) is reaching the spot. 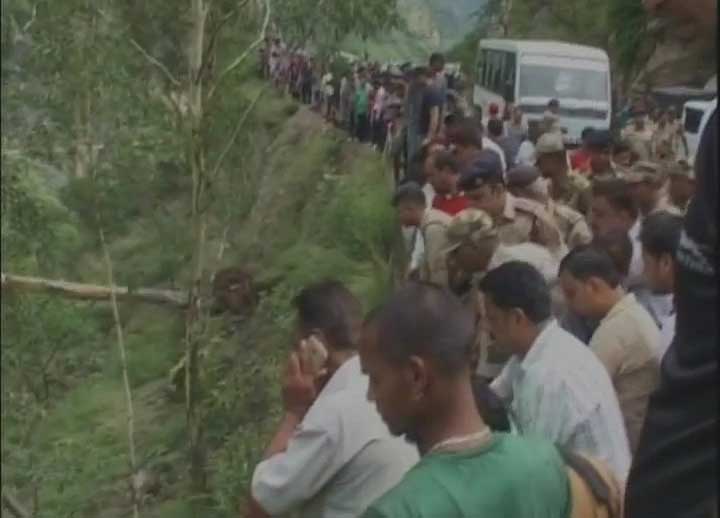 The incident took place around 9.15 a.m. when the bus, carrying around 40 passengers, rolled down from the National Highway 5 connecting Simla to Kinnaur.

The civil and police administration have started the rescue operations and around seven injured have been taken to the nearest hospital till now. (ANI)

Five dead in collision between SUV and bus in Rampur