Veteran actor Sridevi was posthumously conferred with the Lifetime Achievement Award at the 64th Filmfare Awards here on Saturday.

Mumbai: Veteran actor Sridevi was posthumously conferred with the Lifetime Achievement Award at the 64th Filmfare Awards here on Saturday.

The award was received by the late actor’s husband Boney Kapoor and their two daughters – Janhvi and Khushi.

Sridevi, who entered the world of films at the age of four as a child artist, passed away in February last year after she accidentally drowned in a bathtub at her hotel room in Dubai. 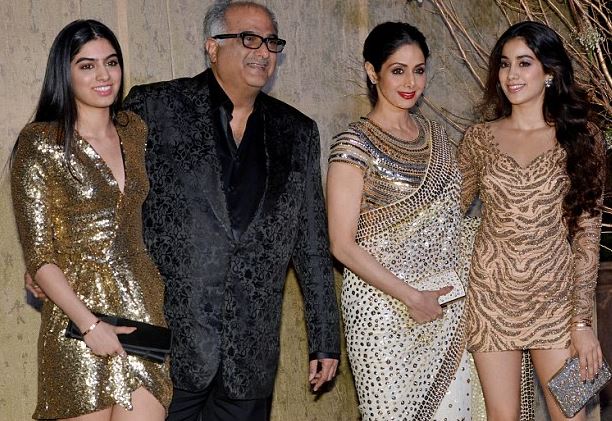 In a career spanning five decades, Sridevi was known for her portrayals of women in challenging situations, and she has appeared in a range of genres, from slapstick comedy to epic dramas. She is known for films such as 'Himmatwala,' 'Mr. India,' ' ChaalBaaz,' 'Sadma,' 'Nagina,' and 'English Vinglish', among others.

‘Mom’ was Sridevi's last film as a lead actor, while she had a brief cameo in 2018 film ‘Zero’, starring Shah Rukh Khan, Katrina Kaif and Anushka Sharma. Sridevi had already shot her scenes for ‘Zero’ before she passed away in February 2018. (ANI)