Adele charms the audiences bagging all the five Grammy s

The Grammy Awards, the biggest honours in the music industry, took place in Los Angeles. Adele became the first person in Grammy history to win the top three awards twice


New Delhi:  Adele won the top three Grammy awards on Sunday, taking home the statuettes for album, record and song of the year in a shocking victory over Beyonce. 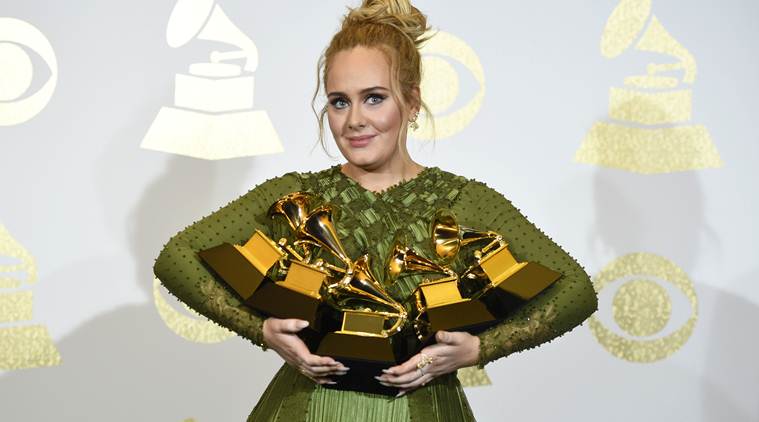 How dear was George Michael to Adele could be seen at the 2017 Grammy Awards when she wanted her performance of 'Fast-love' during the tribute to be perfect.

So when it wasn't, she cursed, literally stopped the show after flubbing then started off a tribute to the late British pop star Michael all over on live TV.

"I'm sorry. I know it's live TV," she said, cursing, stopping her slow ballad version of Michael's "Fast love" and asking to start again. "I can't mess this up for him (Michael)." - Adele

Adele even received a standing ovation from the audience when the act ended.

With tears in her eyes, the British singer mouthed "thank you" several times before exiting the stage.

Later, when she won the award for song of the year for 'Hello', Adele apologised again.

However, Twitter users, including Bollywood actress Sonam Kapoor, appreciated seeing her owning up to her mistakes and gave her a lot of love. (With agency inputs)

Beyonce shares a lovable snap of her twins

Good news for Shakira’s fans! She announces her new album and release date