On the occasion, the Chief Minister congratulated the first batch of the passengers travelling in the train. 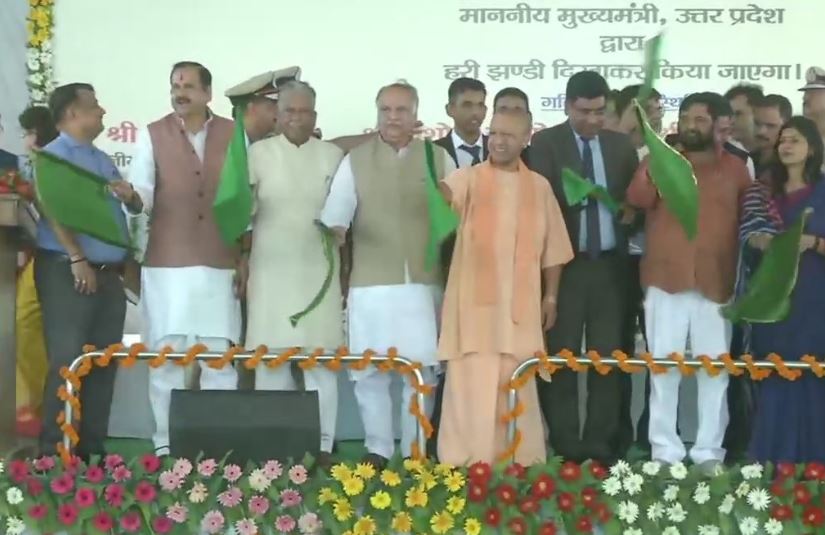 "It is the first corporate train of the country. I congratulate the first batch of passengers travelling in it and hope such initiatives are taken to connect other cities also," he said.

The Delhi-Lucknow Tejas, which has become operational now, will cover the journey between the two cities in 6 hours and 15 minutes. This train will have one executive class air-conditioned chair car having 56 seats and nine air-conditioned chair cars having a capacity of 78 seats each.The total carrying capacity of the train will be 758 passengers.

On October 4, Union Railway Minister Piyush Goyal had said the IRCTC will compensate passengers of new Lucknow-Delhi Tejas Express in case of delay in the train's schedule.

"Compensation for Delay: In a first of its own, IRCTC to compensate passengers of the New Lucknow-Delhi Tejas Express in case of delay in the train schedule: - Rs 100 in case of a delay of more than an hour-Rs 250 in cases of a delay exceeding 2 hours," Goyal said in a tweet.

As per the train schedule, it will start its journey in the morning at 6.10 am and will reach New Delhi at 12.25 pm having scheduled commercial halts at Kanpur Central and Ghaziabad.In the return direction, the train will leave New Delhi at 4.30 pm and will reach Lucknow at 10.45 pm having schedule halts at Ghaziabad and Kanpur Central en route. The train will run 6 days a week except for Tuesday.(ANI)

Sidharth Nath Singh: 'UP Diwas' to be celebrated on January 24

CM Yogi to attend 'sant sammelan' in UP