All 157 on board Nairobi-bound Ethiopian Airlines flight dead

All 157 on board the Nairobi-bound Ethiopian Airlines flight have been killed after it crashed in Bishoftu shortly after taking off on Sunday.


Adis Ababa: All 157 on board the Nairobi-bound Ethiopian Airlines flight have been killed after it crashed in Bishoftu shortly after taking off, Ethiopia state broadcaster reported on Sunday.

Ethiopia's Prime Minister Abiy Ahmed offered condolences to the families of those who lost their lives in the plane crash.

"We hereby confirm that our scheduled flight ET 302 from Addis Ababa to Nairobi was involved in an accident today. It is believed that there were 149 passengers and eight crew on board the flight but we are currently confirming the details of the passenger manifest for the flight," read a statement issued by the airline earlier today. 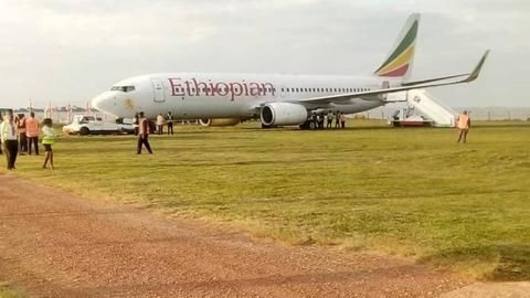 The Boeing 737 took off from Bole International Airport here at 8:38 am. No contact could be established with the flight after 8:44 am.

Investigations have been launched to ascertain the cause behind the crash. The airlines will be sending staff at the site of the incident to assist emergency services.

The airline has further noted that it would set up a passenger information centre and a dedicated telephone number for family and friends of people who may have been on the flight. (ANI)

Ukrainian Airlines flight with 180 aboard crashes in Iran