As the economic growth slumped to a seven-year low of 5 per cent in April to June quarter, former Prime Minister and seasoned economist Manmohan Singh. 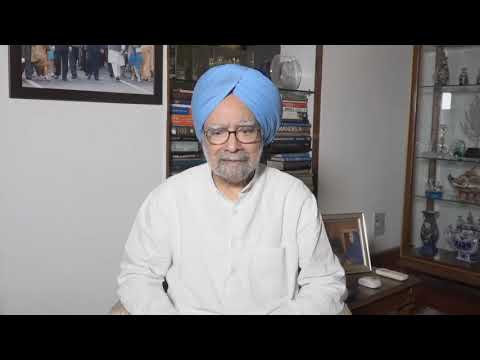 New Delhi: As the economic growth slumped to a seven-year low of 5 per cent in April to June quarter, former Prime Minister and seasoned economist Manmohan Singh. hit out at Prime Minister Narendra Modi-led government alleging that the government's "all-round mismanagement" is responsible for the "worrisome" state of economy.

The state of the economy today is deeply worrying. The last quarter's GDP growth rate of 5 per cent signals that we are in the midst of a prolonged slowdown. India has the potential to grow at a much faster rate but all-round mismanagement by the Modi government has resulted in this slowdown," said Manmohan Singh.He highlighted the dismal growth in the manufacturing sector and said that the economy is still reeling under the aftermaths of demonetization and hastily implemented.

It is particularly distressing that the manufacturing sector's growth is tottering at 0.6 per cent. This makes it very clear that our economy has not yet recovered from the man-made blunders of demonetization and a hastily implemented GST," said Singh.

Domestic demand is depressed and consumption growth is at an 18-month low. The nominal growth is at a 15 year low. There is a gaping hole in tax revenues. Tax buoyancy remains elusive as businessmen, small and big, are hounded and tax terrorism continues unabated. Investor sentiments are in the doldrums. These are not the foundations for economic recovery," he added.

The Modi government's policies are resulting in massive job-less growth. More than 3.5 lakh jobs have been lost in the automobile sector alone. There will similarly be large scale job losses in the informal sector, hurting our most vulnerable workers," said Singh.

Rural India is in terrible shape. Farmers are not receiving adequate prices and rural incomes have declined. The low inflation rate that the Modi government likes to showcase comes at the cost of our farmers and their incomes, by inflicting misery on over 50 per cent of India's population," said former Prime Minister.

In addition, the credibility of India's data has come under question under this government. Budget announcements and rollbacks have shaken the confidence of international investors. India has not been able to increase its exports to take advantage of opportunities that have arisen in global trade due to geopolitical realignments. Such is the state of economic management under the Modi government," he said.

Former Prime Minister Manmohan Singh: It is particularly distressing that the manufacturing sector's growth is tottering at 0.6%. This makes it very clear that our economy has not yet recovered from the man-made blunders of demonetisation and a hastily implemented GST. https://t.co/h7Ycbwa20M

He said that the government must strive to steer the economy out of this "man-made crisis. Our youth, farmers and farmworkers, entrepreneurs and the marginalized sections deserve better. India cannot afford to continue down this path. Therefore, I urge the government to put aside vendetta politics, and reach out to all sane voices and thinking minds, to steer our economy out of this man-made crisis," he said.

Singh served as the Prime Minister of India from 2004 to 2014. As a finance minister in 90's he is said to have played key role in bringing several structural reforms that liberalized India's economy.

The economic growth slowed to a seven-year low of 5 per cent in April to June quarter from 8 per cent a year ago, government data showed on Friday. The slowdown was largely due to a sharp dip in the manufacturing sector and agriculture output, said the Ministry of Statistics and Programme Implementation in a statement.

The previous low was recorded at 4.9 per cent in April to June 2012-13. Consumer demand and private investment have weakened amid global trade frictions and dampening business sentiment. 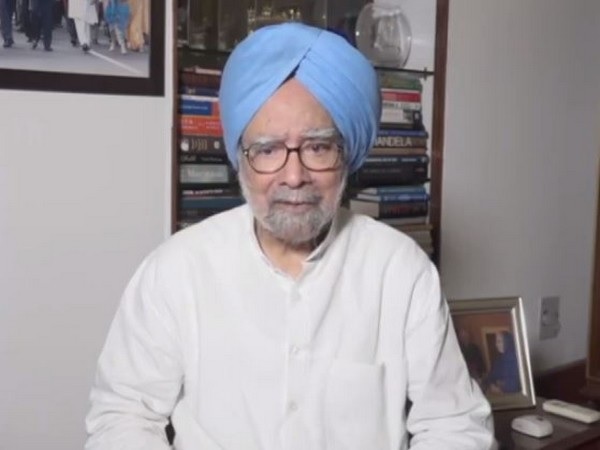 Although the Reserve Bank of India has cut the key lending rate four times in succession by a total of 110 basis points, several economists are apprehensive of this translating into growth soon. One basis point is one-hundredth of a percentage point. The ongoing economic slowdown has started hurting corporates as well, with companies reporting a sharp decline in both revenue and profit growth numbers in the June quarter. (ANI)

How will India become 5 trillion economy? Singhvi takes a jibe at Centre