British Prime Minister Theresa May on Friday announced that she will step down from her post on June 7, after her Brexit deal failed to get the green signal thrice in the UK Parliament.


London: Embattled British Prime Minister Theresa May on Friday announced that she will step down from her post on June 7, after her Brexit deal failed to get the green signal thrice in the UK Parliament.

May also said that she will resign as leader of the Conservative Party on the same date.

"Ever since I first stepped through the door behind me as prime minister I have striven to make the United Kingdom a country that works not just for the privileged few but for everyone, and to honour the result of the referendum," CNN quoted an emotional May as saying while speaking to reporters outside her 10 Downing Street residence.

UK Media: Theresa May will quit as party leader on 7 June, paving way for contest to decide the new UK Prime Minister. https://t.co/xQ13empj0s

Holding back her tears, the British Prime Minister expressed regret that she could not pass her Brexit agreement in the Parliament despite repeated efforts and negotiations with the Labour Party.

"I have tried three times. I have done my best," May said. 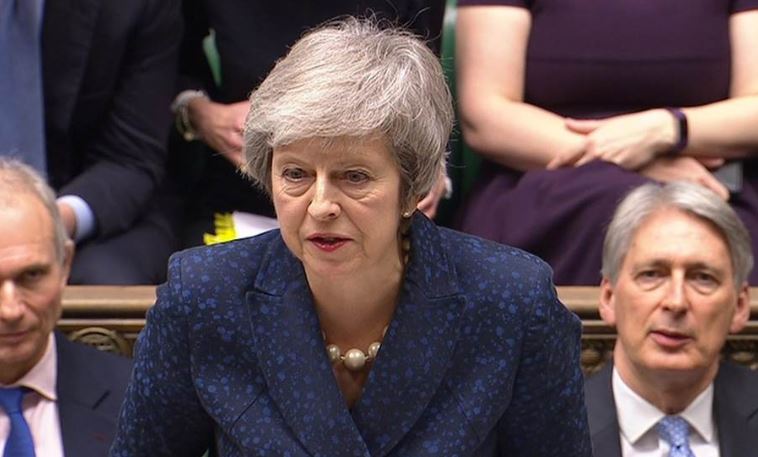 May's decision to step down comes amid uncertainty over the UK's future in the next few months, whether it leaves the EU with or without a deal.

Reminding the media persons that she was UK's second female premier, May said it had been an honour to serve the post.

Also Read: May- I do not believe we should revoke Article 50

"Our politics may be under strain, but there is so much that is good about this country. I am leaving with no ill will," she said.

May has been making efforts to push her beleaguered agreement or an alternative withdrawal deal through the British Parliament in a bid to prevent the UK from participating in the European Parliament elections. 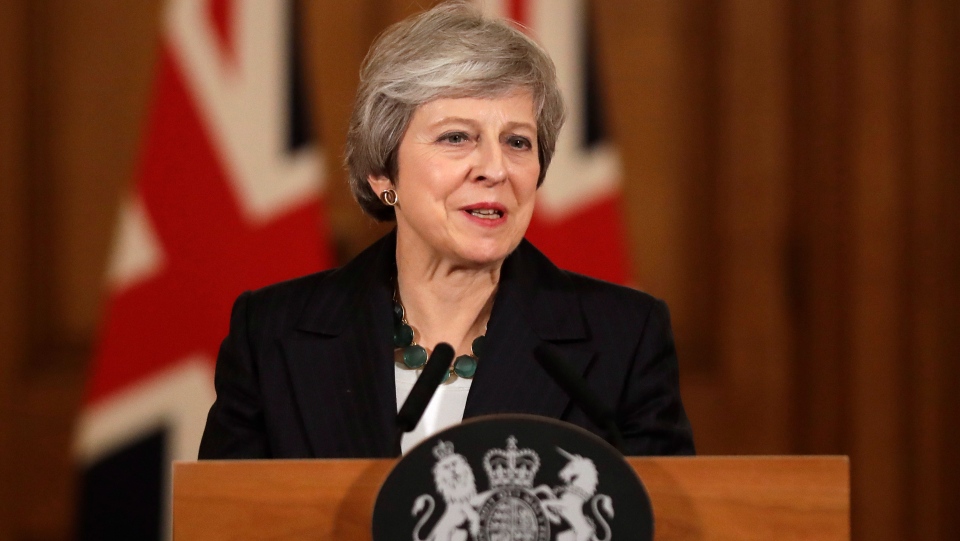 Her thrice-rejected deal forced the 62-year-old letter to request an extension to delay the withdrawal process. The Brexit date was hence changed from March 29 to April 12.

Last month, the EU leaders agreed to delay the Brexit process to another six months, with October 31 as the new date for the UK's withdrawal from the European bloc.

May took office as UK's Prime Minister in July 2016 after her predecessor and party colleague David Cameron stepped down from the post, following the Brexit referendum, which saw 52 per cent of the electorate voting in favour of the country leaving the EU.

In a last-ditch attempt, May on Tuesday gave a chance to those in the UK Parliament asking for a second referendum on Brexit to have their way by introducing a new Brexit deal, even as she maintained her stand against the move.

"I've tried everything possible to find a way through. Today I am making a serious offer to MPs across Parliament -- a new Brexit deal," she had said. (ANI)

Theresa May accuses EU leaders of meddling in UK election

Theresa May to set date for resignation soon, says MP