After the Bennifer reunion, seems like a new reunion couple is going to make headlines soon as Oscar-winning actor Angelina Jolie was spotted leaving her ex-husband Jonny Lee Miller's apartment on Friday night. 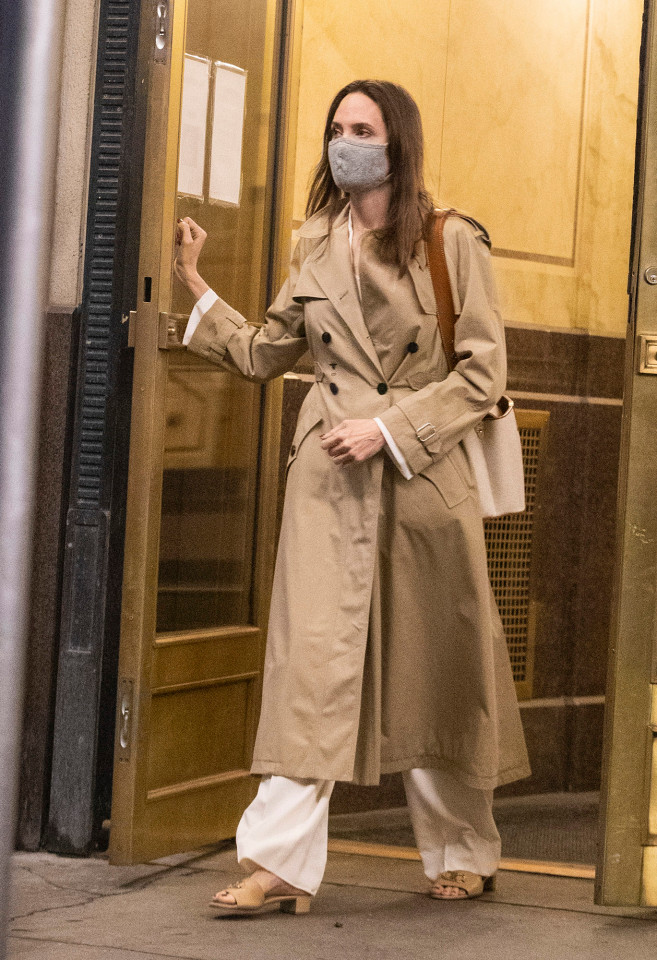 Page Six reported on Saturday that on the night of Friday, June 11, Angelina Jolie was clicked entering and exiting an apartment complex in Brooklyn, New York, where her first ex-husband Jonny Lee Miller resides.

The 46-year-old star was clad in a long tan trench coat and face mask. In the pictures, she is seen entering the entrance of the building carrying a Louis Vuitton purse and a bottle of Peter Michael wine, which typically cost a couple of hundred dollars.

Page Six reported that Jolie left the USD 3 million home of her ex after three hours, around 10:30 p.m. The stars who headlined the 1995 movie 'Hackers', have not commented on the report or the photos yet.

Miller and Jolie fell in love after working together in the 1995 film 'Hackers'. Jolie, who was just 20-year-old at that time made headlines after reports came that she had used her own blood to write the British actor's name on the back of a white shirt she borrowed from him for the nuptials, as per Page Six
.
The couple's marriage didn't last long as they parted their ways in separated in September 1997, following a long-distance relationship that they had to live in due to their busy Hollywood schedules. They officially filed for divorce in early 1999.