An Army jawan was killed in a landslide when he was patrolling along the Line of Control (LoC) in Jammu and Kashmir's Baramulla district, Army officials said Friday.

Srinagar: An Army jawan was killed in a landslide when he was patrolling along the Line of Control (LoC) in Jammu and Kashmir's Baramulla district, Army officials said Friday.

Naik Parvej was leading an operational patrolling team in Baramulla when a landslide struck on Thursday, the officials said.

They said the soldier fell into a deep stream flowing along the route and sustained grievous injuries. Parvej was evacuated to 92 Base Hospital here for medical treatment where he died later.

The Army Friday paid tribute to Naik Parvej, with Corps Commander KJS Dhillon leading all ranks in paying homage to him. 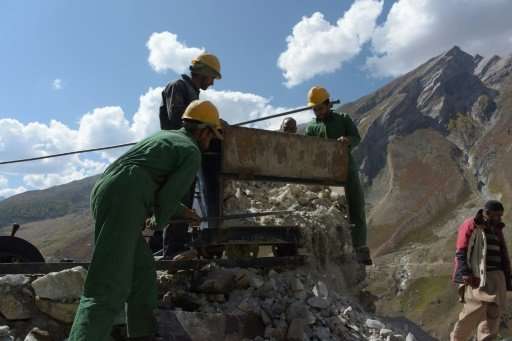 "In a show of solidarity, representatives from other security agencies also paid their last respects to the martyr," an Army spokesman said.

The 29-year-old hailed from Shekhawas village of Rajasthan and he had joined the Army in 2009. He is survived by his wife, a son and a daughter, he said.

"The mortal remains of the martyr were flown for last rites to his native place, where he would be laid to rest with full military honours. In this hour of grief, the Army stands in solidarity with the bereaved family and remains committed to their dignity and well being," he added.(PTI)

Teenager injured in firing along LoC in J&K's Rajouri