At least 7 killed, 150 missing in dam collapse in Brazil

At least seven people were killed, and around 150 others went missing, after a dam burst at an iron ore mine in southeast Brazil near the city of Belo Horizonte.


Rio de Janeiro: At least seven people were killed, and around 150 others went missing, after a dam burst at an iron ore mine in southeast Brazil near the city of Belo Horizonte.

The dam collapse caused severe flooding in the state of Minas Gerais, according to the local government in the city of Brumadinho.

Vale, the company managing the iron mine, informed the local government that 427 people had been at the site at the time of the accident; 279 have been rescued and about 150 are missing. 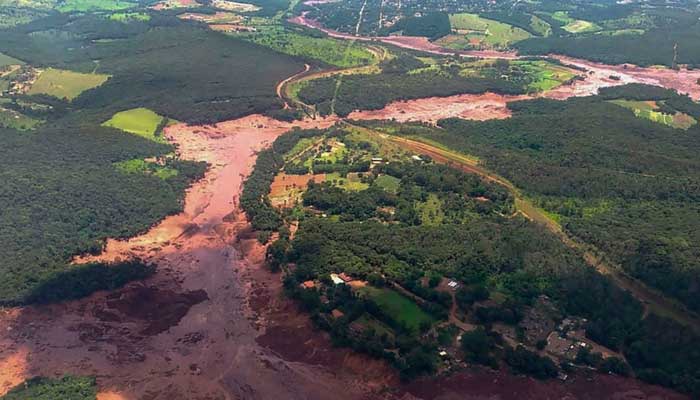 However, the total number of the missing could be higher, as local residents may be affected by the incident, too. The dam designed to hold back mining waste collapsed on Friday afternoon in Brumadinho Municipality and caused a mudslide, which destroyed Vale's offices and a residential area.

Some 100 firefighters and civil rescuers were working at the site. More rescuers were expected to reach the Brumadinho region on Saturday.

At a press conference on Friday evening, Vale CEO Fabio Schvartsman said that the number of victims from the dam collapse was "terrible." He said he was "shaken" by the incident and committed to taking all necessary measures to find out what happened.

The fire service in a statement said helicopters were used to rescue "numerous" people trapped by the mud at various spots. (ANI)