An international relief effort was trying to overcome formidable logistical challenges to help the Bahamas, where the health minister predicted a “staggering” death toll from Hurricane Dorian, now churning northward off the coast of South Carolina.

Marsh Harbour: Richard Johnson said his six-year-old brother Adrian was just too small to withstand Hurricane Dorian. The boy was blown into churning storm surge and is among thousands of people missing, many of them children, after the worst hurricane to hit the Bahamas.

It was one of many harrowing stories emerging on Thursday as residents searched for loved ones and widespread looting was reported on the islands, where the United Nations estimates 70,000 people are in immediate need of food, water and shelter. An international relief effort was trying to overcome formidable logistical challenges to help the Bahamas, where the health minister predicted a “staggering” death toll from Hurricane Dorian, now churning northward off the coast of South Carolina.

“I guess within seconds the gusts of the wind blew the little boy off the roof into the water,” Johnson said of his brother. “Given the circumstances, I'm not that hopeful.” 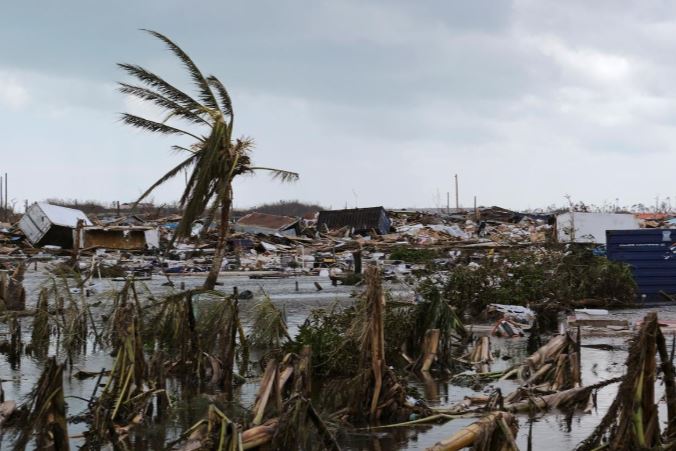 Aerial video of the Abaco Islands in the northern Bahamas, worst hit by the then-Category 5 hurricane, showed widespread devastation, with the harbor, shops and workplaces, a hospital and airport landing strips damaged or decimated. The death toll from Dorian stood at 30 on Thursday evening, officials told CNN, The final toll is expected to be much higher. 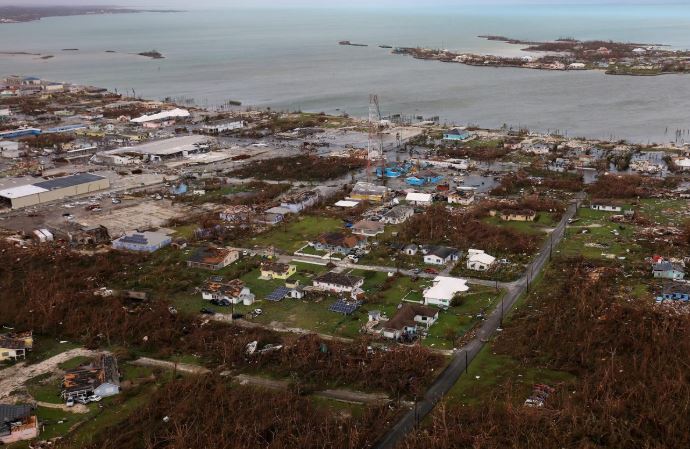 Dorian turned a shantytown known as The Mud near Marsh Harbour into shredded wreckage, with bodies believed to be still below the ruins, based on the smell coming from the debris, according to a Reuters photographer who visited the area. The photographer witnessed widespread looting in Marsh Harbour, seeing residents breaking into liquor stores and supermarkets, carrying off goods in bags or filling their vehicles. 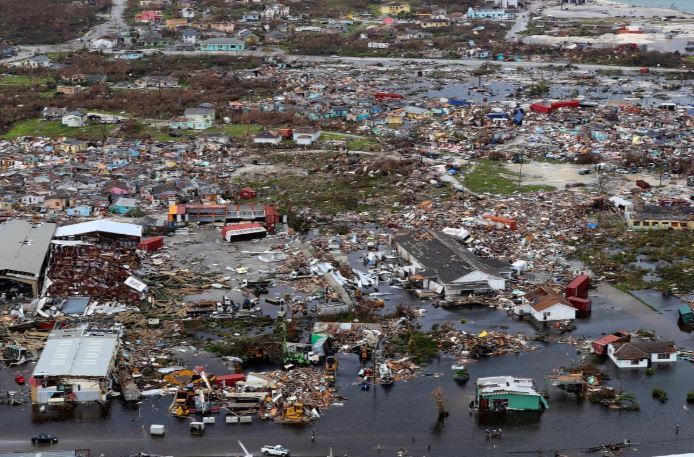 $7 billion in damage
The U.N. World Food Programme (WFP) said on Thursday it was organizing an airlift from Panama of storage units, generators and prefab offices for two logistics hubs, as well as satellite equipment for emergency responders, and has bought eight metric tonnes of ready-to-eat meals. 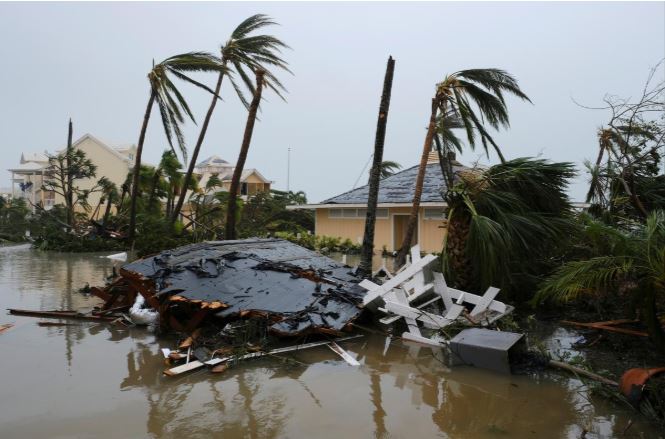 A flight from the U.S. Agency for International Development landed early on Thursday with enough relief supplies to help 31,500 people, bringing hygiene kits, water containers and buckets, plastic sheeting and chain saws.Total insured and uninsured losses in the Bahamas amounted to $7 billion, including buildings and business interruptions, according to a preliminary estimate by Karen Clark & Co, a consultancy that provides catastrophic modeling and risk management services.

With telephones down in many areas, residents posted lists of missing loved ones on social media. One Facebook post by media outlet Our News Bahamas had 2,500 comments, mainly listing lost family members. One survivor on the Abaco Islands, Ramond King, said he watched as swirling winds ripped the roof off his house, then churned to a neighbor's home to pluck the entire structure into the sky. 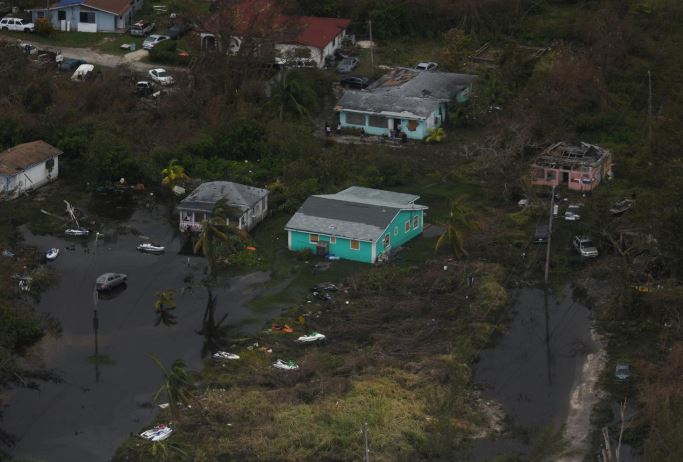 Relief efforts
The Netherlands' ambassador to the United Nations tweeted the country was sending two naval ships with supplies from St Maarten, a Dutch island about 1,100 miles (1,770 km) southeast of the Bahamas. 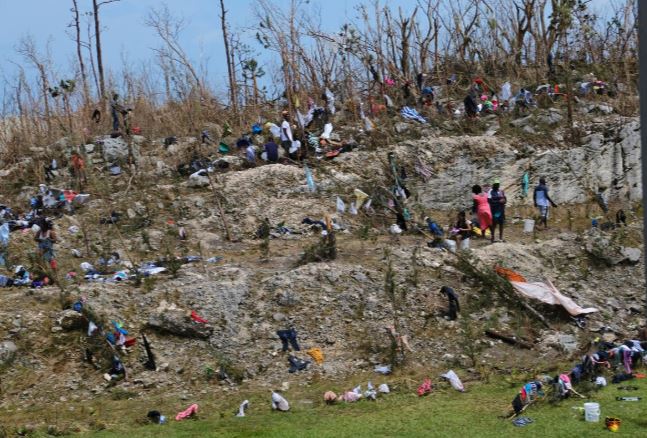 Volunteers also ferried supplies to the islands in a flotilla of small boats. Cruise lines responded as well. The Bahamas Paradise Cruise Line said it would transport first responders, medics and journalists for free to Freeport on Thursday, returning to Florida on Friday with any Bahamians who have documents to enter the United States. 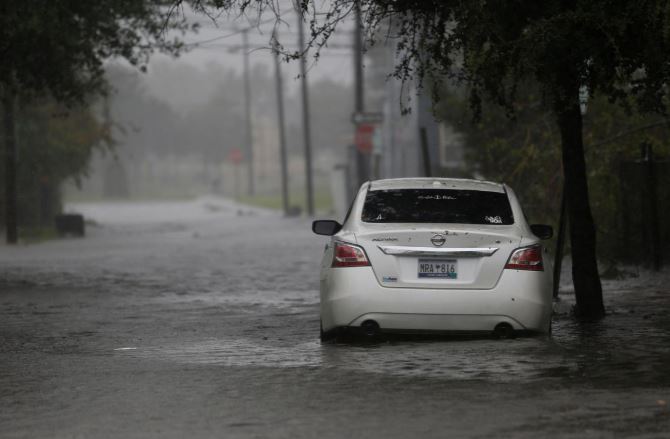 “It's a humanitarian trip. We're also taking donations that have arrived in the port (in Palm Beach),” said Francisco Sanchez, a sales representative for the cruise line. Royal Caribbean's Empress of the Seas said it was delivering 10,000 meals of chicken, rice and fruit to Grand Bahama. Dorian hovered over the Bahamas for nearly two days with torrential rains and fierce winds that whipped up 12- to 18-foot (3.7- to 5.5-meter) storm surges.(Reuters)