A possum severely burnt by bushfires in Australia’s Blue Mountains laps water from a bowl as her rescuer holds her gently in a towel, while at a nearby home a kangaroo with bandaged feet is rocked like a baby by another carer.

Blue Mountains:  A possum severely burnt by bushfires in Australia’s Blue Mountains laps water from a bowl as her rescuer holds her gently in a towel, while at a nearby home a kangaroo with bandaged feet is rocked like a baby by another carer.

As Australia battles wildfires that have razed more than 4 million hectares (9.9 million acres) across five states, volunteers are trying to save wild animals caught in the inferno.

Australia’s bushland is home to a range of indigenous fauna, including kangaroos, koalas, wallabies, possums, wombats and echidnas. Officials fear that 30% of just one koala colony on the country’s northeast coast has been lost in the recent fires. 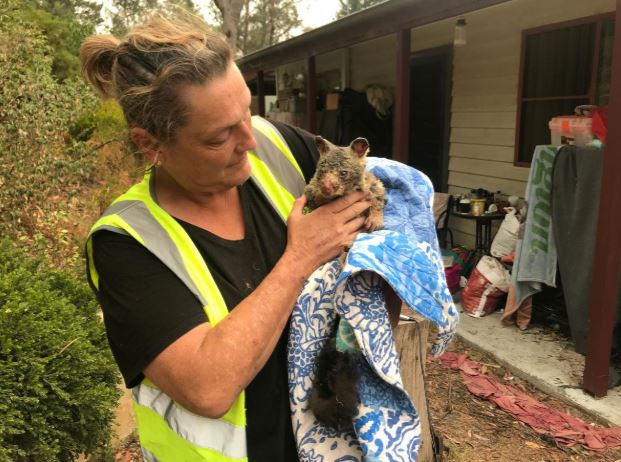 Authorities have no exact figure on how many native animals in total have been killed, but experts say it is likely to be in the millions.

Tracy Burgess, a volunteer at Wildlife Information, Rescue and Education Services (WIRES), said it was very concerning that rescuers were not receiving as many animal patients as they would expect.

“We’re not getting that many animals coming into care,” Burgess told Reuters as she held the injured brushtail possum. “So, our concern is that they don’t come into care because they’re not there anymore, basically.”

With limited government funds, WIRES relies heavily on donations from the public and the goodwill of volunteers like Burgess who care for the animals in their own homes. 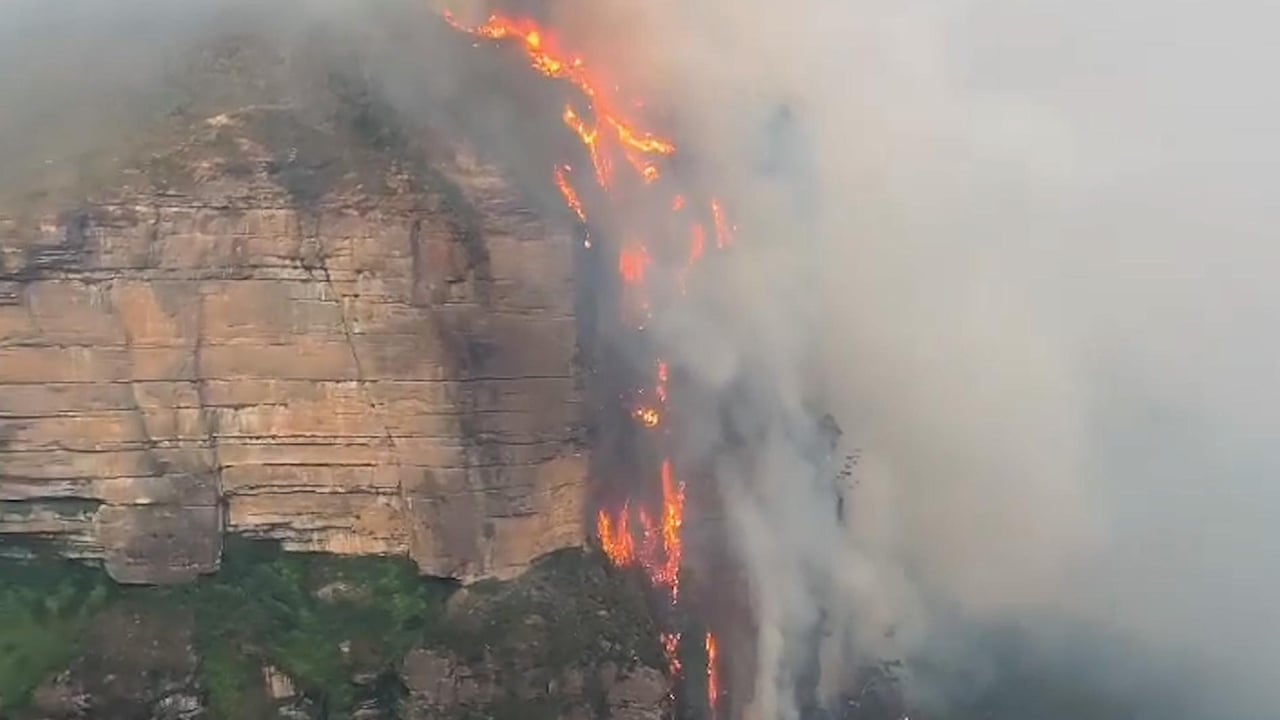 The possum being looked after by Burgess was found in the rural town of Clarence in the World Heritage listed Blue Mountains region, around 100 kilometres (62.1 miles) west of Sydney.

Another WIRES rescuer, Tracy Dodd, is caring for the badly scalded kangaroo that was found in the same town, where several houses were destroyed by blazes.

“He was just sitting under a bush and his mum was not too far away but he was obviously not well enough to hop around,” Dodd said as he cradled the kangaroo. “He’s had lots of fluids and now he’s off to the vet.”

WIRES and other groups usually discourage people from feeding wild animals but wildfires have prompted them to change that advice to encourage people to provide much-needed food and water. 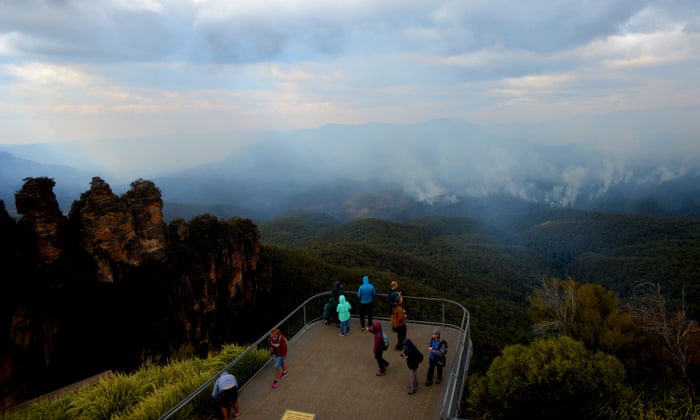 Burgess is hoping she’s in time to save her possum patient, especially since she discovered the small marsupial is carrying a passenger.

“Once we got the pouch open, a tiny little hand came out with claws on it, so, yeah, there’s a pinkie - very little baby unfurred possum,” Burgess said. “So she’s a ferocious mother who has clearly done her best for her bub.”(Reuters)