Train services were disrupted in many places of Odisha as Congress workers blocked railway tracks to enforce the 'Bharat Bandh' called by the party to protest rising fuel prices.

Bhubaneswar: Train services were disrupted in many places of Odisha as Congress workers blocked railway tracks to enforce the 'Bharat Bandh' called by the party to protest rising fuel prices Monday.

The party workers staged dharna and blocked railway tracks in many places including Bhubaneswar, Khurda Road, Puri, Berhampur, Sambalpur and Balasore to enforce the bandh from 6 am to 3 pm. At least 10 trains were cancelled in the jurisdiction of the East Coast Railway (ECoR) in view of the 'Bharat Bandh', an ECoR official said.

While several trains were delayed due to the 'rail roko' in different places, a large number of passengers were stranded at railway stations, officials said.

Vehicular movement also came to a grinding halt in many places as Congress workers resorted to road blockade at various junctions in places such as Bhubaneswar, Cuttack, Sambalpur and Khurda, they said. 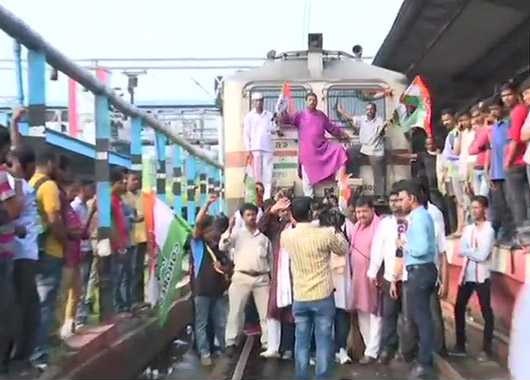 Commuters were stranded in many places as buses, taxis and autorickshaws stayed off the roads due to the bandh. In state capital Bhubaneswar, Congress workers staged road blockade at many places disrupting movement of vehicles on the National Highway through the city.

The impact of bandh was also felt in the tourist destination of Konark as bandh supporters locked the ticket counter of the famous Sun Temple. As a result, a large number of tourists failed to visit the monument, officials said. 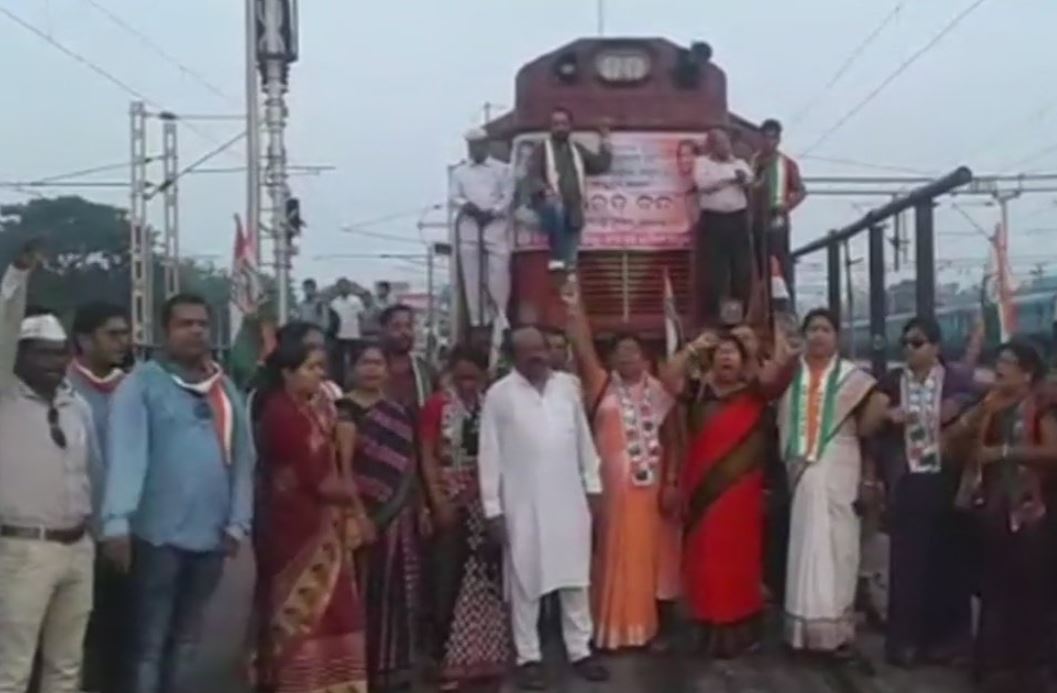 Several senior Congress leaders staged a sit-in at the Master Canteen Square near Congress Bhawan during the strike. Shops, markets, business establishments and educational institutions remained closed across the state during the 9-hour shut-down, while attendance was thin in offices. Employees were seen reaching banks and offices early in the morning.

The situation remained peaceful as elaborate security arrangements were made as a precautionary measure, a senior police official said.

Emergency services including ambulance, medicine shops and vehicles carrying milk have been kept out of the purview of the bandh. Examinations scheduled for the day were cancelled by the Biju Patnaik University of Technology (BPUT), sources said.

Describing the bandh as a "complete success", Odisha Pradesh Congress Committee (OPCC) president Niranjan Patnaik said people extended their spontaneous support to the strike as they are hit hard by the hike in the prices of petroleum products.

Patnaik said, Congress MLAs were not attending the Assembly during the bandh. The PCC chief said they also called upon the ruling BJD to suspend the proceedings of the Assembly till 3 pm if it sincerely opposed the prices hike of petrol, diesel and cooking gas.

The Left parties including the CPI, CPI(M), CPI(ML), Forward Block, SUCI and other outfits also observed a 'Hartal' on Monday conciding with the Congress strike. (PTI)