The release date of Vicky Kaushal and Bhumi Pednekar-starrer 'Bhoot Part One: The Haunted Ship' has been shifted ahead and will now release on February 21, 2020.

New Delhi: The release date of Vicky Kaushal and Bhumi Pednekar-starrer 'Bhoot Part One: The Haunted Ship' has been shifted ahead and will now release on February 21, 2020.

Also Read: Trailer of 'Saand Ki Aankh' to release on this date

The flick was earlier slated to hit the silver screens on November 15, this year.

Confirming the news, the 'Masaan' actor made the announcement on his Instagram stories. 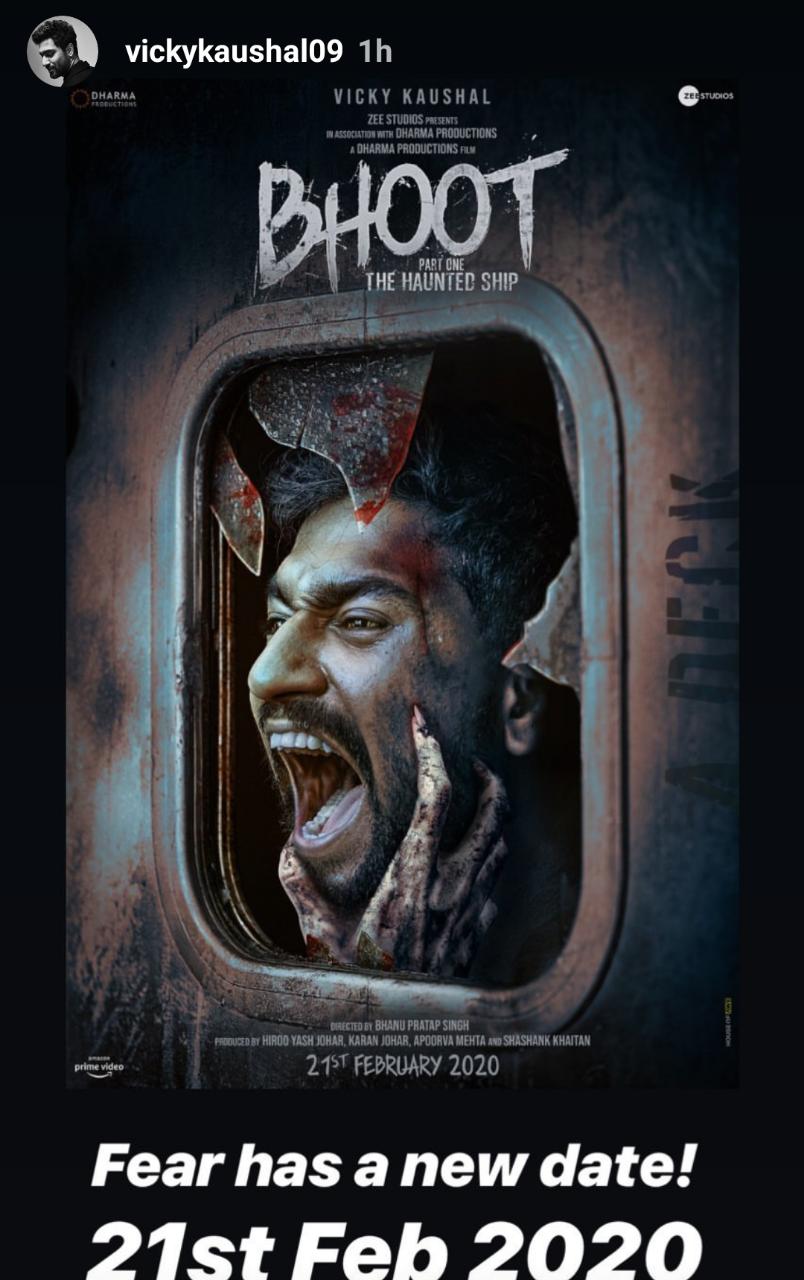 Earlier this week, Vicky also launched the second poster in which he was seen trapped underwater in what appears to be a sinking ship with a ghost holding the actor tightly.

Also Read: Here's how Kangana Ranaut is preparing for 'Thalaivi'

The film which is directed by Bhanu Pratap Singh is produced by Karan Johar, Hiroo Yash Johar, Apoorva Mehta, and Shashank Khaitan.

Apart from this film, Vicky will also soon be seen in Meghna Gulzar's biopic on Sam Manekshaw and in Karan Johar's 'Takht'. He will also star in 'Sardar Udham Singh', a biopic based on the legendary freedom fighter. (ANI)