Here is some good news for all the movie buffs out there! The trailer of the upcoming Bollywood film 'Saand Ki Aankh', starring Taapsee Pannu and Bhumi Pednekar is all set to release on September 23.

New Delhi: Here is some good news for all the movie buffs out there! The trailer of the upcoming Bollywood film 'Saand Ki Aankh', starring Taapsee Pannu and Bhumi Pednekar is all set to release on September 23.

The 'Toilet: Ek Prem Katha ' actor shared a short glimpse of the film and made the announcement on her Twitter handle.

The footage features the shooter duo, Chandro and Prakashi Tomar, played by Bhumi and Taapsee, respectively. The ladies who are dressed in Haryanvi style ghagra, kurta explain why they prefer calling their shooting target bullseye (Saand Ki Aankh) and why not birds eye, with guns in their hand.

Directed by Tushar Hiranandani, the film revolves around the grannies - Chandro and Prakashi - who take up shooting at the age of 60 to encourage their daughters towards a bright future as they did not want their daughters to go through a lifetime of suppression. What unfolded was nothing short of miraculous, as they discovered their skill of being exceptional shooters. 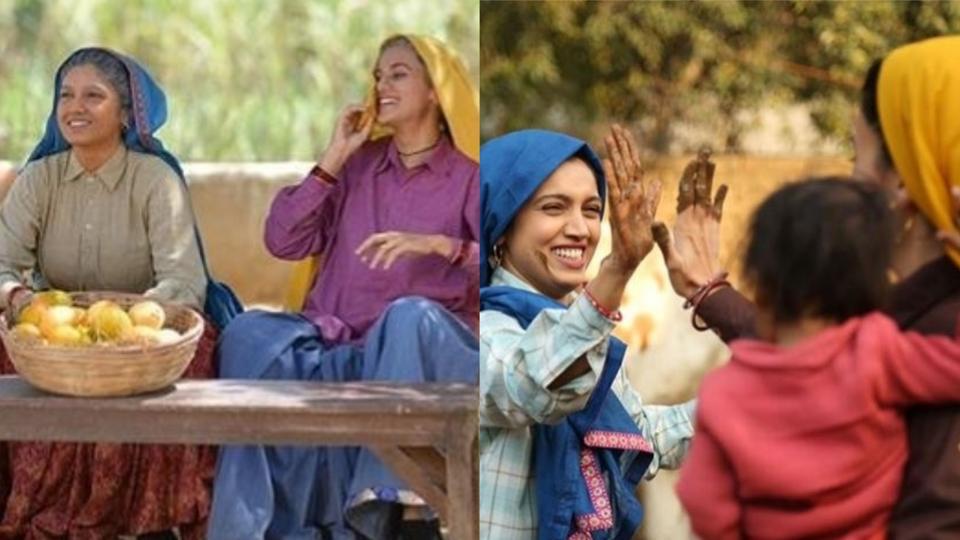 Despite all odds, they won 352 medals each in the course of their professional life as shooters.

The film seems to be close to the hearts of the two leading ladies as they have been quite active in sharing insights into their shooting experience. The actors wrapped up shooting for the film in April. The film which also stars Prakash Jha, Viineet Kumar, and Shaad Randhaw is produced by Anurag Kashyap and Nidhi Parmar and is scheduled to hit theaters this Diwali. (ANI)