Patna:  The Bihar Assembly polls due next year will be fought under the leadership of Chief Minister Nitish Kumar, who heads the Janata Dal (United), his deputy and senior BJP leader Sushil Kumar Modi said in the Assembly on Monday.

Also Read: Priyanka welcomes UP CM's visit to Sonbhadra, says 'it's duty of govt to stand with victims'

The deputy chief minister made the assertion dismissing the opposition's scepticism about the NDA remaining intact, in view of developments like Kumar's refusal to have his party represented in the Union council of ministers and a missive from police seeking details of RSS functionaries operating in Bihar. 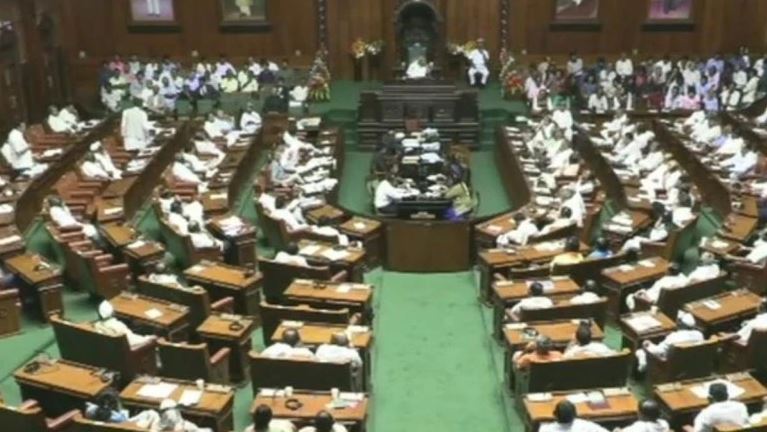 "Reports in the media often leave doubts in the minds of the people as to whether the NDA will remain intact or not. Let me tell the people of the state from this House that we will be contesting the Assembly polls next year under the leadership of Nitish Kumar," Sushil Modi, who also holds the Finance portfolio, said while replying to the debate on the Appropriation Bill, which was passed by the House.

"Let there be no illusions. Nobody likes to ride a sinking ship," he said, turning towards the opposition Congress-RJD combine.

The opposition combine received a drubbing from the JD(U)-BJP alliance in the Lok Sabha polls this time, losing all but one of the 40 Lok Sabha seats in the state.  (PTI)

Had no desire to become CM, BJP can have the post, says Nitish Kumar

Rabri Devi: Bihar govt wants to kill her and her family