Foreign liquor worth Rs one crore was seized in Bihar's Bhojpur district.

Ara: Foreign liquor worth Rs one crore was seized in Bihar's Bhojpur district, an Excise officer said on Friday.

Acting on a tip-off, an Excise department team searched a truck near Babura village on Thursday evening and seized 474 cartons of foreign liquor, assistant excise commissioner Vikas Kumar Sinha said, adding that the value of the seized liquor was Rs 1 crore. 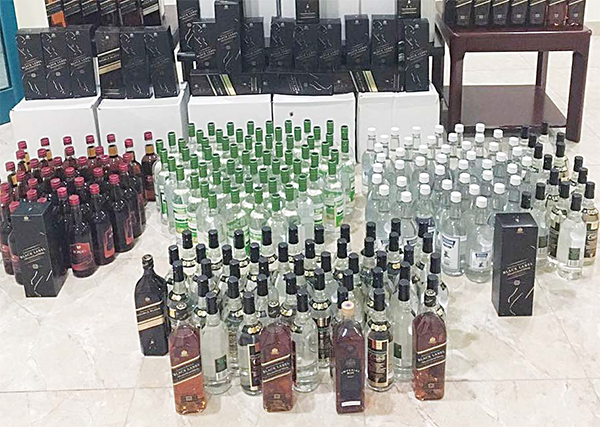 The truck was bearing the registration number of Haryana, he said.

The truck driver and his co-driver, both residents of Churu district of Rajasthan were arrested, Sinha said.

Sale, consumption, storage, manufacture and trade of liquor is banned in Bihar by the Nitish Kumar government since April 2016.(PTI)