The Bharatiya Janata Party (BJP) is leading in 21 assembly constituencies in Maharashtra, while its ally Shiv Sena is ahead in 13 seats, as per official trends from the Election Commission (EC).

Mumbai: The Bharatiya Janata Party (BJP) is leading in 21 assembly constituencies in Maharashtra, while its ally Shiv Sena is ahead in 13 seats, as per official trends from the Election Commission (EC).

Congress, on the other hand, is leading on five seats while its alliance partner, Nationalist Congress Party (NCP) is ahead in 15 seats. Independents are leading on four seats and the Krantikari Shetkari Party is ahead in one constituency, according to the EC.

Also Read: Maharashtra polls: Voting held in candlelight due to no electricity

There are 288 seats in the Maharashtra assembly. Counting of votes began at 8 am today. The state went to polls in a single phase on October 21. The electoral fate of 3,237 candidates in Maharashtra was sealed in EVMs by the voters who had exercised their franchise in the assembly polls. At least 96,661 polling booths were set up in Maharashtra for citizens to cast their votes.

#MaharashtraAssemblyPolls: Counting of votes is underway at Colaba counting centre in Mumbai; As per official trends from Election Commission, Congress leading on 1 seat and NCP leading on 2 seats in the state pic.twitter.com/Q1FswXZOCW

BJP had contested on 150 seats while Shiv Sena had fielded it candidates in 124 constituencies in the state. The remaining seats were left for smaller allies. On the other hand, Congress contested the polls in alliance with the NCP.

The assembly poll results will be crucial for the NCP as well as for Maharashtra Navnirman Sena (MNS), AIMIM and Vanchit Bahujan Aghadi (VBA). Most exit polls have predicted the ruling BJP-Shiv Sena alliance getting elected in Maharashtra but have differed in their projection of the number of seats.

The assembly elections are the first after the BJP-led government's decision to revoke Article 370. A verdict in its favour will give a boost to the party ahead of the winter session of Parliament next month. A victory will also keep the political momentum with the BJP after its emphatic victory in the Lok Sabha polls earlier this year under the leadership of Prime Minister Narendra Modi. 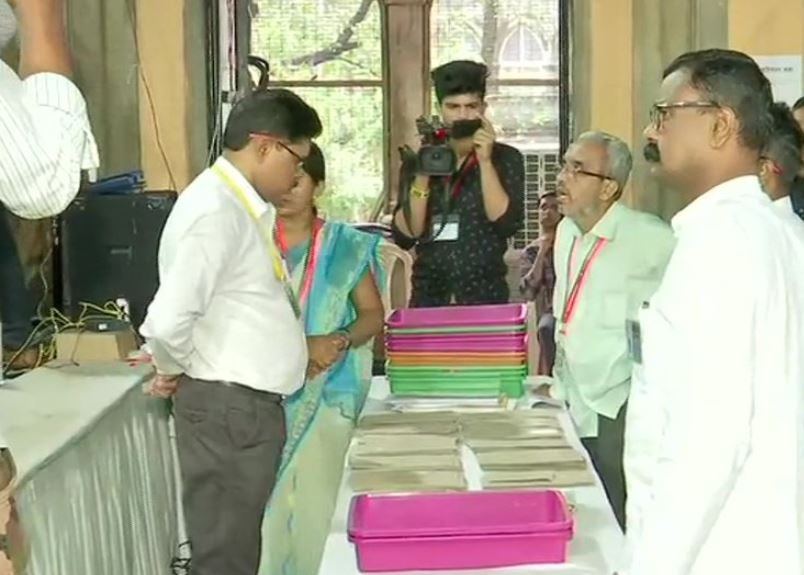 The polls are equally as crucial for the Congress which has faced desertions after its second successive debacle in the Lok Sabha polls. A strong performance will help the party in its process of electoral revival.

The BJP has already declared that incumbent Chief Minister Devendra Fadnavis will continue to lead the state government if the party is voted to power. (ANI)

Maharashtra polls: Voting held in candlelight due to no electricity