US Secretary of State Antony Blinken has discussed with External Affairs Minister S Jaishankar on phone about the regional and global priorities and the latest developments in Ukraine, a State Department spokesperson has said.

Washington: US Secretary of State Antony Blinken has spoken with External Affairs Minister S Jaishankar over the phone to review regional and global priorities, including the latest developments in Ukraine, a State Department spokesperson has said.

Blinken and Jaishankar also agreed to remain closely coordinated on developments. It was the second telephonic conversation between Jaishankar and Blinken in a week that came amid increasing disquiet in the West over India's indication to buy larger volumes of discounted crude oil from Russia. 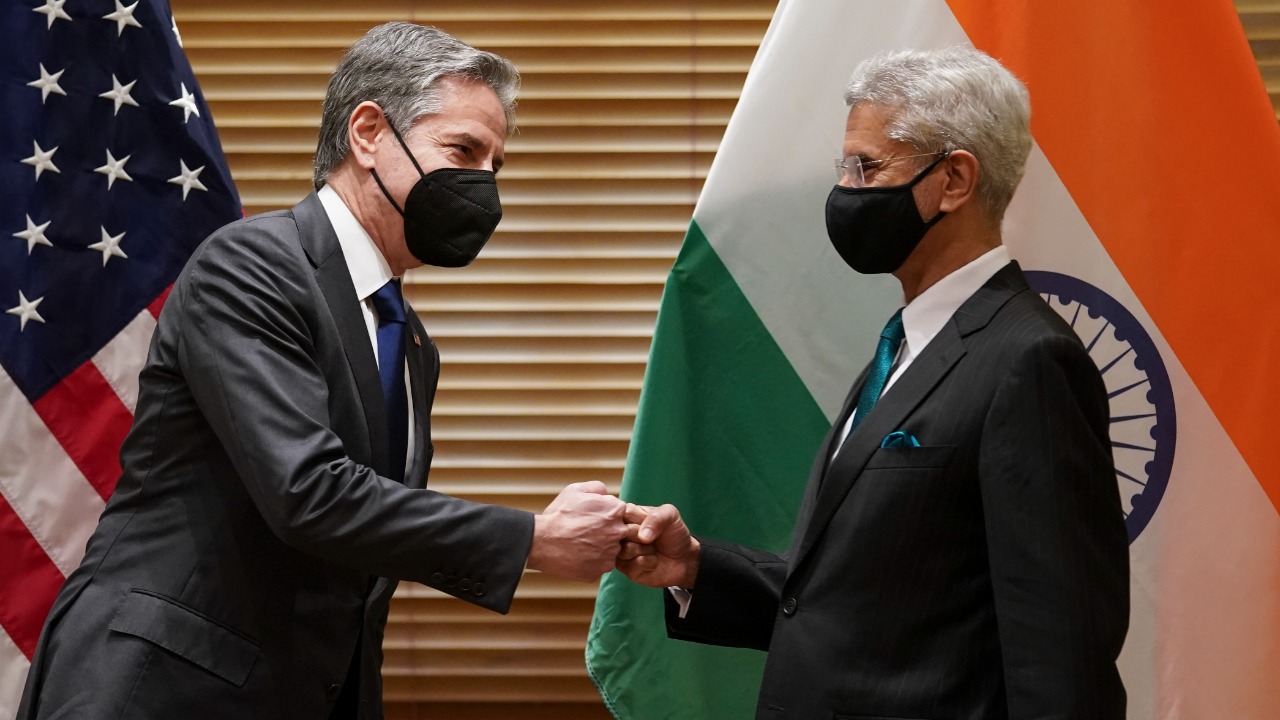 "They agreed to remain closely coordinated on developments and looked forward to meeting again soon," Price said in a readout of the call.

Jaishankar and Blinken speak regularly over the phone and meet at frequent intervals.

"Spoke to @SecBlinken ahead of our 2+2 consultations. Discussed bilateral issues and latest developments pertaining to Ukraine," Jaishankar tweeted.

The conversation between the two top diplomats came ahead of the next edition of India-US '2+2' foreign and defence ministerial talks scheduled in Washington.

Jaishankar and Defence Minister Rajnath Singh are set to travel to Washington to hold talks with their American counterparts Blinken and Defence Secretary Lloyd Austin.

The phone conversation between Jaishankar and Blinken came days after Russian Foreign Minister Sergey Lavrov paid a two-day visit to India during which he said Moscow has begun moving toward conducting trade in national currencies with India and other partners to bypass the "impediments" of Western sanctions.

Talking to reporters in New Delhi, Singh had cautioned that there will be consequences for countries actively attempting to "circumvent or backfill" American sanctions against Moscow and that Washington would not like to see a "rapid" acceleration in India's import of energy and other commodities from Russia. (PTI)

EAM Jaishankar to address UNSC debate on Afghanistan on June 23