Bollywood Actress Sonam Kapoor and Anand Ahuja have been blessed with a baby boy today.Read more on Dynamite news:

The news was shared by veteran actor Neetu Kapoor and choreographer-filmmaker Farah Khan, who posted a special message that they received from the couple on their Instagram Stories.

Read also: Bollywood: Akshay Kumar's 'Cuttputlli' trailer is all about his quest to find the serial killer

The message read, "On 20.08.2022, we welcomed our beautiful baby boy with bowed heads and hearts. Thank you to all of the doctors, nurses, friends and family who have supported us on this journey. It's only the beginning but we know our lives are forever changed - Sonam and Anand." 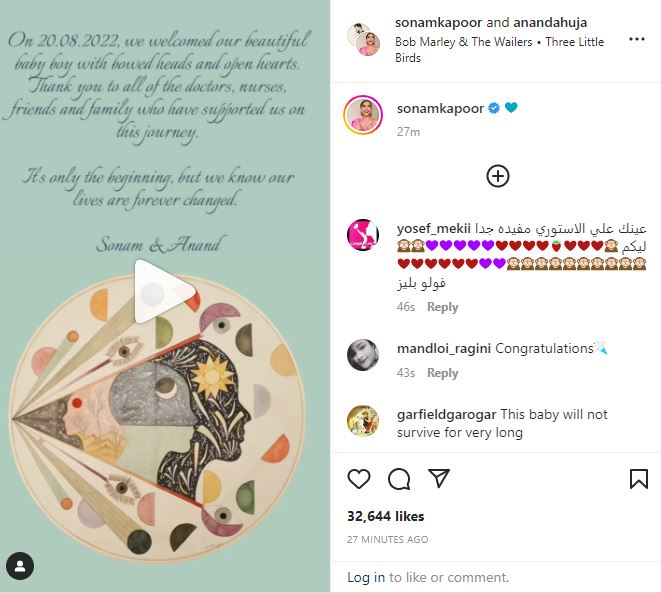 Both Neetu Kapoor and Farah congratulated the pair as well as Sonam's parents Anil Kapoor and Sunita Kapoor.  Sonam, known for her work in films like Neerja , Raanjhanaa and Delhi 6 , had announced her pregnancy in March.

Sonam Kapoor ties the knot with Anand Ahuja in Mumbai