New Delhi: The Centre has appointed four Indian Foreign Service (IFS) officers in different postions in the Prime Minister’s Office (PMO).
Deepak Mittal, a 1998-batch IFS officer, has been appointed as the Officer on Special Duty (OSD) in the PMO. 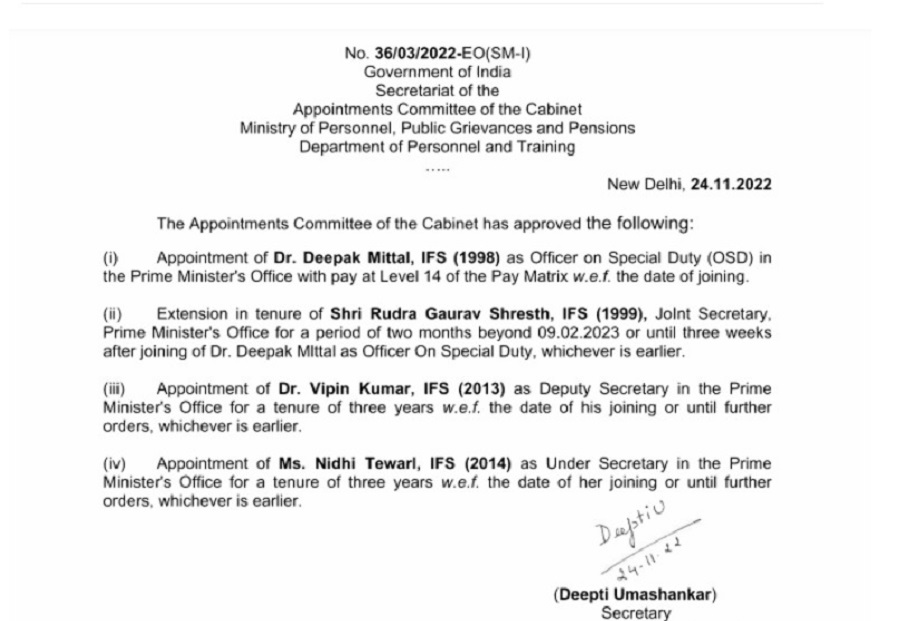 The Appointments Committee of the Cabinet has approved extension in the tenure of Rudra Gaurav Shresth, Joint Secretary in the PMO, for a period of two months.

Vipin Kumar and Nidhi Tewari have been appointed as Deputy Secretary and Under Secretary respectively in the PMO.

64 IFS transferred in UP

Jawed Ashraf to be India's new envoy to France