Five Deputy Commissioners of Police (DCP) in Lucknow were transferred by the Uttar Pradesh government on Saturday.

Lucknow: Five Deputy Commissioners of Police (DCP) in Lucknow were transferred by the Uttar Pradesh government on Saturday.

The new orders were passed by Commissioner of Police, Lucknow Sujeet Pandey. 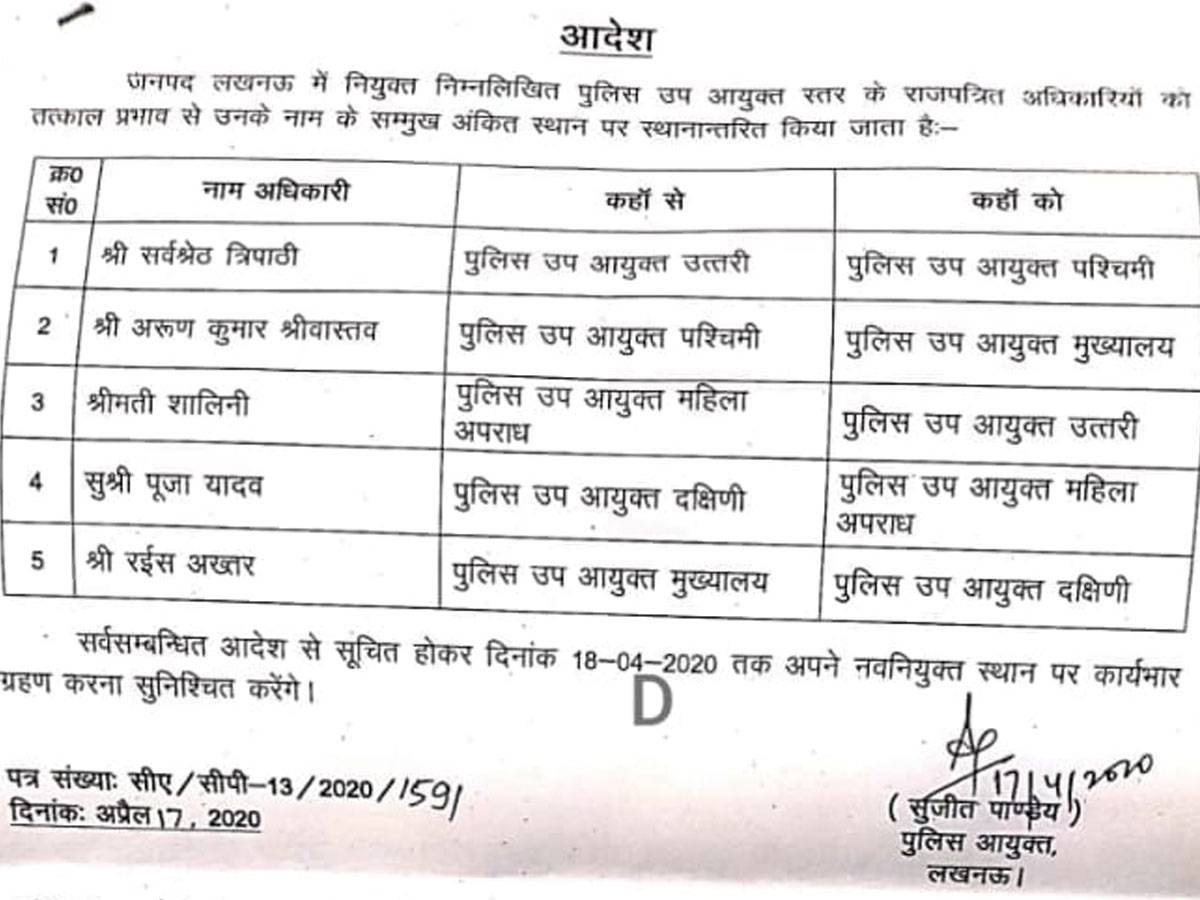 Sarvesh Tripathi who was earlier the DCP in Lucknow east has now been posted to Lucknow West while Arun Srivastav, who is currently taking care of Lucknow West will now be DCP Head Office.

DCP Shalini for women crime will now be DCP for Lucknow East.

11 PPS transferred in UP

7 IAS and 12 IPS transferred in UP, Sulkhan Singh will be new DGP

Covid-19 in UP: Govt announces Rs 50 lakh insurance cover for UP police personnel