Tamil Nadu BJP vice president BT Arasakumar joined the DMK on Thursday in the presence of party president MK Stalin at the party headquarters in Arivalayam.

On December 1, Arasakumar had praised Stalin during a wedding function in Pudukottai. Speaking at the wedding, Arasakumar equated Stalin with MGR and wished to see him as the next Tamil Nadu Chief Minister. He came under severe criticism for this remark by his own party members on social media and he was asked to give an explanation on the issue. 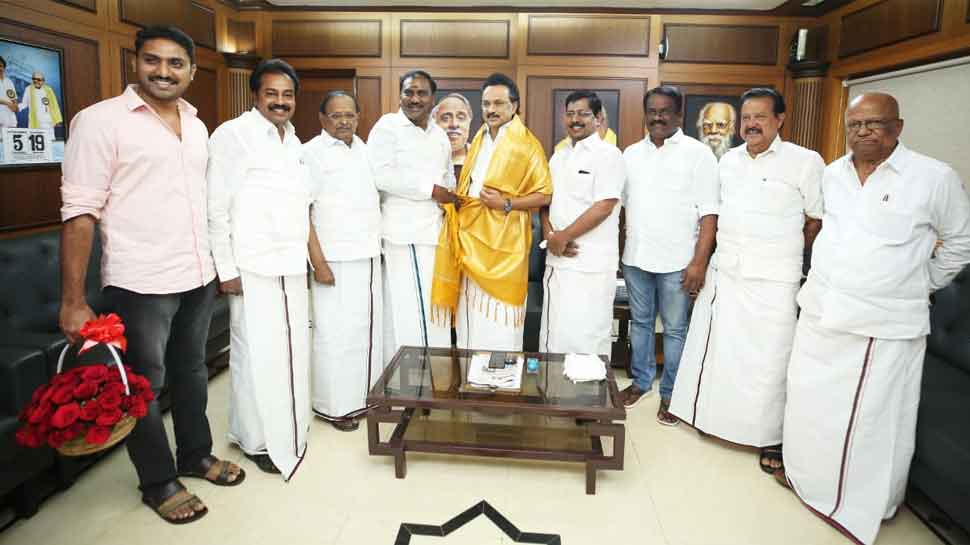 "DMK is my mother party and that is why I joined it. I have a good relationship with MK Stalin for the last 20 years. He is a quality leader and if he gives me an opportunity, I will accept it," he added. (ANI)