A 100-year-old woman cast her vote at a polling station in Dornapal district.


Dornapal: As voting for the first phase of the Chhattisgarh Assembly elections is underway, a 100-year-old woman, Viswas, cast her vote at a polling station in Dornapal district.

Sukma: A 100-year-old woman reaches a polling station in Dornapal to cast her vote in the first phase of #ChhattisgarhAssemblyElections2018 pic.twitter.com/A8W8zxpcxf

The old woman was helped by her son as she visited the polling booth set up near her house. The woman's health was visibly looking very fragile but it did not stop her to exercise her franchise. 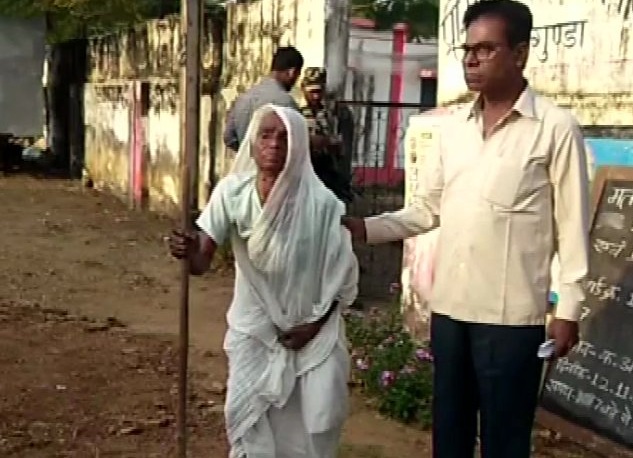 The first phase of Assembly elections began with a full swing on Monday. People are voting for 18 seats in the first phase. Of these, 12 are Scheduled Tribe seats while one is a Scheduled Caste-reserved seat. (ANI)

Chhattisgarh: This village has only 4 voters