Voting for the first phase of Chhattisgarh Assembly elections began on Monday morning.

Of total 18 constituencies, polling for 10 seats is being held from 7 am to 3 pm while voting in the remainder of the constituencies will take place from 8 am to 5 pm. Tight security arrangements have been made in all the districts of the state to ensure free, fair and peaceful elections.

Scores of security personnel from Central Reserve Police Force (CRPF), Border Security Force (BSF) and Indo-Tibetan Border Force (ITBP) have been deployed in the state. Apart from this, the Indian Air Force (IAF) and BSF choppers are also being used for vigilance purposes. 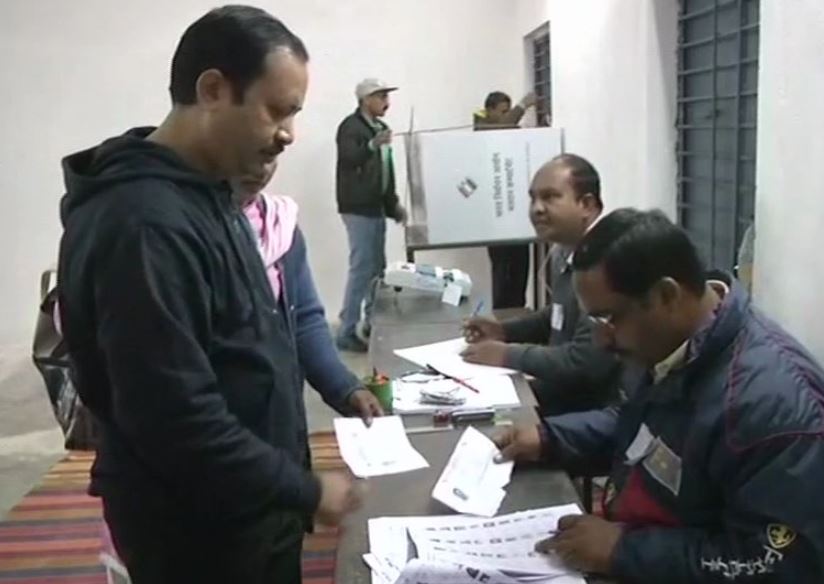 In the first phase of the polling, over 31 lakh voters would exercise their franchise to choose their representatives from 190 candidates.

The fate of incumbent Chief Minister Raman Singh who has been pitted from Rajnandgaon constituency will also be sealed today. The Congress  party has fielded former prime minister late Atal Bihari Vajpayee's niece Karuna Shukla from this seat against Raman Singh.

The remaining 72 constituencies in the state will go to polls on November 20. The result of the assembly polls  will be announced on December 11. (ANI)

Parties battle it out in Chhattisgarh's 'Red Zone'