They said Sajjad Ahmed Khan (27), a resident of Pulwama is also suspected to be involved in the conspiracy of Pulwama attacks.

Also Read: One held in UP for lauding Pulwama attack accused Sajjad, who was arrested near the Lajpat Rai market late Thursday night is believed to have been in regular touch with the terror strike mastermind before and after the attack, police said.

On Mudasir's instructions, Sajjad had moved to Delhi and lived here under the guise of a shawl vendor to establish a sleeper cell of JeM.

Mudasir was killed in an exchange of fire with security forces in Jammu and Kashmir recently.

Forty Central Reserve Police Force (CRPF) personnel were killed in Jammu and Kashmir's Pulwama district after a JeM terrorist rammed an explosive-laden vehicle into their bus, which was part of a convoy going to Srinagar from Jammu on February 14. 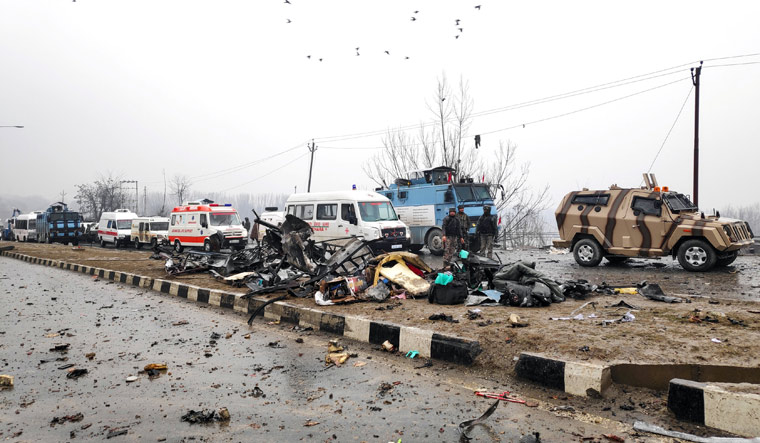 The same day, Mudasir contacted Sajjad on whatsapp and informed him about the attack on CRPF convoy.

Mudasir sent him Sajjad a video of Adil Dar - the fidayeen who carried out the attack and later deleted it from his phone, Pramod Singh Kushwah, Deputy Commisisoner of Police (Special Cell) said. (PTI)

Police seize Rs one crore in cash from a BMW car

Over 1,300 challans issued on New Year's Eve in Delhi