The Congress has released its first list of 152 candidates for the Rajasthan assembly elections.

Jaipur: The Congress has released its first list of 152 candidates for the Rajasthan assembly elections.

The list includes the names of Sachin Pilot, the leader of opposition in the state, and former chief minister Ashok Gehlot.

Announcement of the candidates for the ensuing elections to the Legislative Assembly of Rajasthan. @INCRajasthan pic.twitter.com/AFZz3mkQIM

After detailed deliberations at the party's Central Election Committee, it was decided that Pilot, who is the Rajasthan Pradesh Congress Committee (RPCC) chief, will contest from Tonk, while Gehlot will contest from his home turf - Sardarpura constituency.

Also, ex-Bharatiya Janata Party (BJP) leader and former top cop of Rajasthan Harish Meena, who recently joined the Congress, has also managed to register his name in the candidates' list and will contest from the Deoli-Uniara constituency. 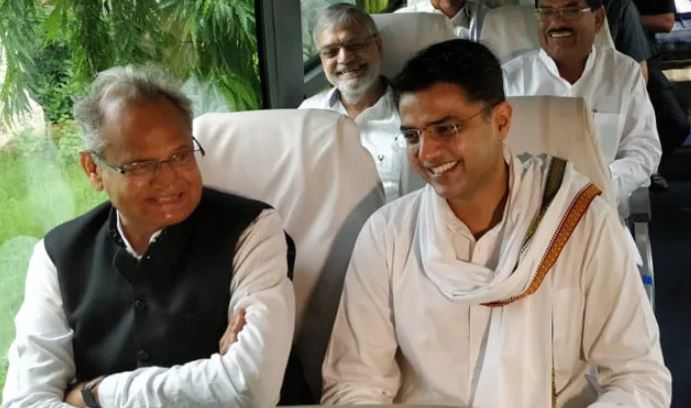 Arjuna Award-recipient and ace discus thrower Krishna Punia has also been given a ticket to contest polls from Sadulpur constituency.