Shami took to Twitter to break his silence on the matter and said that the rumours are being spread about his personal life.

New Delhi: Indian fast bowler Mohammed Shami has rejected the reports of his extra-marital affair, saying that someone is conspiring against him to ruin his career.

Earlier in the day, wife of the Indian pacer reportedly claimed that the sportsman is having an illicit affair. 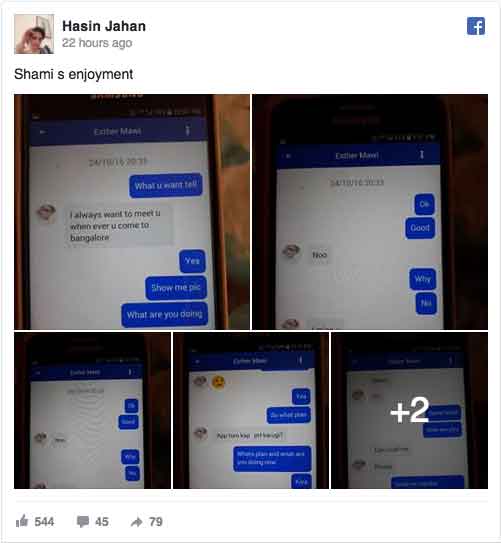 In a bid to expose the pacer's extra-marital affair, she posted several screenshots of Messenger and Whatsapp messages on her unverified Facebook wall.

Shami took to Twitter to break his silence on the matter and said that the rumours are being spread about his personal life.

Married to Shami since 2014, Hasin Jahan has alleged that the bowler is having several extra-marital affairs simultaneously.

Notably, the post, which was uploaded from an unverified account, was titled as 'Shami's enjoyment' and had several pictures of the pacer's text messages to multiple women.

BCCI: Shami's fate to be decided only after ACU's report