Chasing a curtailed total of 187 in 41 overs, Afghanistan got off to a steady start as openers Mohammad Shahzad and Hazratullah Zazai provided the team with a steady start by putting 34 runs together in five overs. 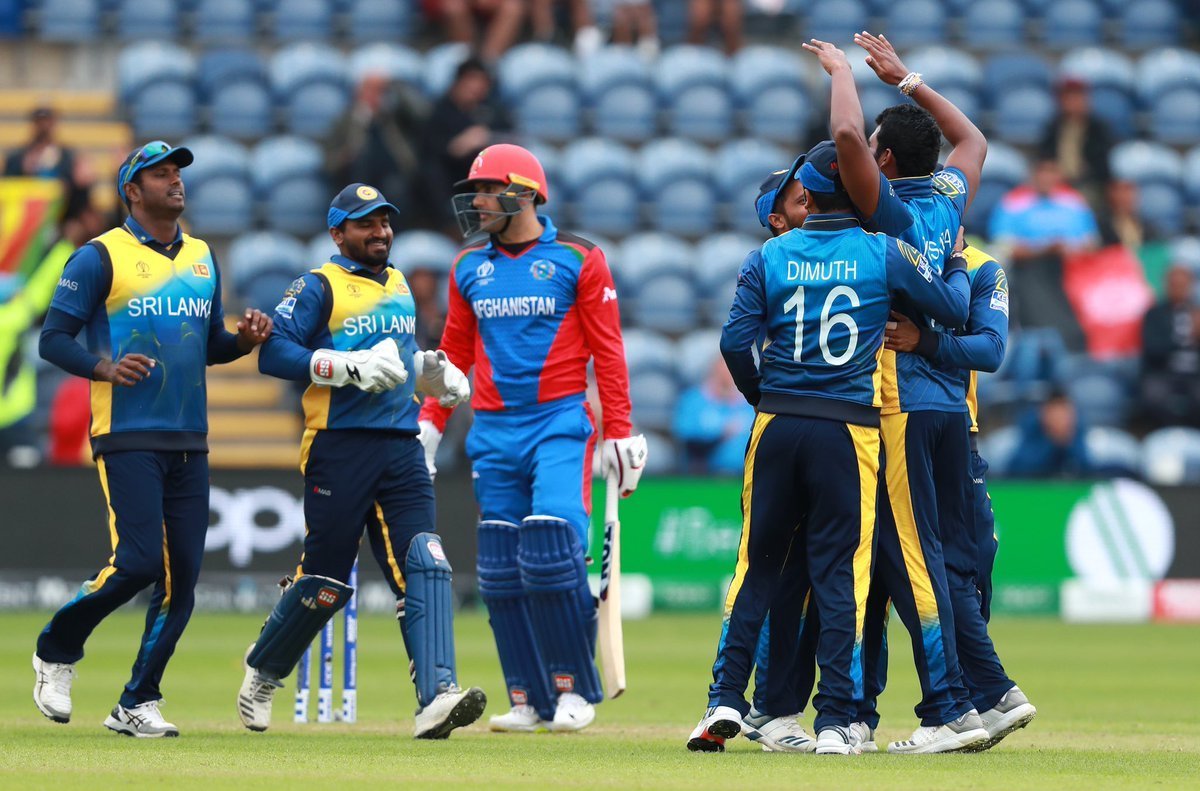 Hashmatullah Shahidi (4) and Mohammad Nabi (11) also failed to leave a mark and their dismissals made Afghanistan's task of chasing the target an uphill one. Nabi fell when the score was just 57, with the team requiring 130 more runs for the win.

Skipper Gulbadin Naib and Najibullah Zadran staged Afghanistan's comeback in the match as the duo put a 64-run stand. But Nuwan Pradeep dismissed Naib (23) in the 25th over to give Sri Lanka an upper hand in the match once again.

All-rounder Rashid Khan (2) also failed to do something substantial as he was sent back to the pavilion by Pradeep, as Afghanistan required 64 more runs for the win.

Sensing the kill, Sri Lankan skipper Karunaratne brought back his trump card and Malinga did not disappoint as he dismissed Dawlat Zadran (6) by bowling his trademark yorker.

Zadran hit two boundaries off Udana to bring the required runs down, but in search of a quick single he was run-out by the Sri Lankan skipper and his dismissal was the final nail in the coffin as Sri Lanka registered a 34-run victory. 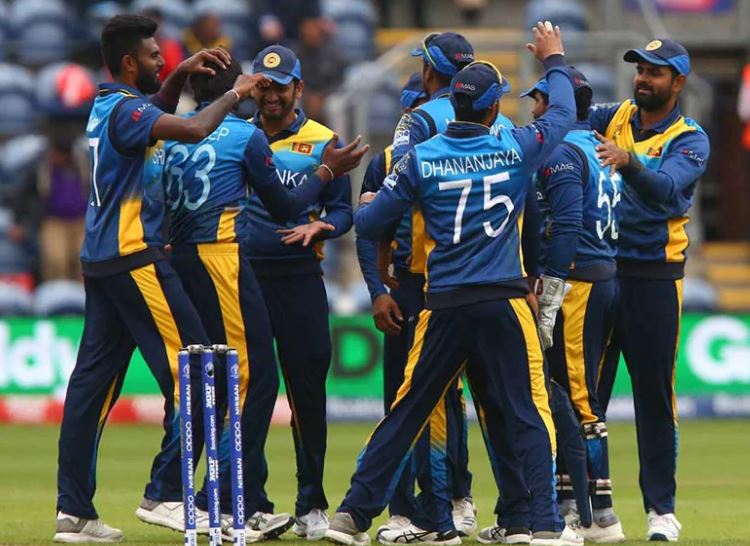 Earlier, Kusal Perera helped Sri Lanka to post a respectable total of 201 after being put in bat first. Sri Lanka brought Nuwan Pradeep in for Jeevan Mendis after their first defeat to New Zealand. While Afghanistan played an unchanged XI.

Kusal Perera and skipper Dimuth Karunaratne got off to the best possible and much-needed start as the duo stitched 92 runs for the opening wicket. Just when Afghanistan needed their breakthrough, Nabi got rid of Sri Lanka skipper Karunaratne for 30.

Lahiru Thirimanne joined Kusal Perera and tried to carry the set momentum. But Nabi declined Sri Lanka and sent Thirimanne (25), Kusal Mendis (2) and Angelo Mathews for a duck in the gap of one ball each in the 22nd over, rattling Sri Lanka's middle-order and putting them under pressure at 146/4.

Afghanistan made a solid comeback in the game as Hamid Hassan dismissed Dhananjaya de Silva for four-ball naught. Nabi again returned as Thisara Perera was run out cheaply for two with the help of Hashmatullah Shahidi and wicket-keeper Mohammad Shahzad. 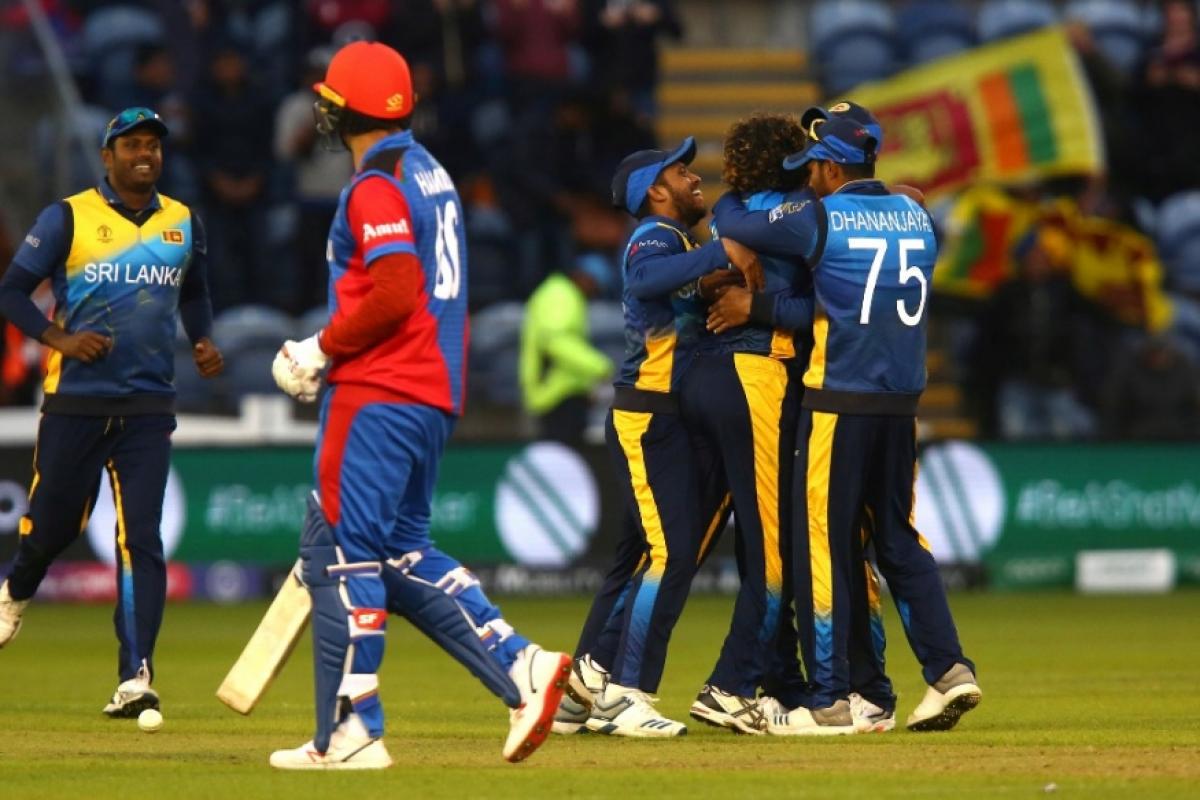 Isuru Udana and Kusal Perera attempted to re-build the Sri Lankan innings, but Afghanistan's bowling unit did not let their opponents turn the tables. Zadran disposed of Udana for 10, before Rashid in the next over dismissed Kusal Perera for 78, leaving Sri Lanka at 180/8.

At the end of the 33rd over, the match was halted due to rain. After the rain stopped, according to the revised conditions, the game became 41 overs per side, with one bowler allowed a maximum of nine overs and four could bowl up to eight overs.

Lasith Malinga and Suranga Lakmal pushed the scoreboard before Dawlat Zadran bowled Malinga (4). In the next over, Rashid Khan  dismissed Nuwan Pradeep for a duck and Sri Lanka folded on 201, leaving Suranga Lakmal stranded on 15.

Sri Lanka will next face Pakistan on June 7 whereas Afghanistan will take on New Zealand on June 8.

Bowlers will be game changers in the World Cup, says Lasith Malinga