Army Chief General Bipin Rawat attended the Passing Out Parade held at the Indian Military Academy. He said that women would first be inducted into the military police before considering other options in the armed force for them.

Dehradun: Chief of Army Staff General Bipin Rawat on Saturday said that women would first be inducted into the military police before considering other options in the armed force for them.

"Firstly, we will start with women as military police jawans, will take next step after success," General Rawat told media after attending a Passing out Parade (PoP) ceremony here.

"Because many times, when people go to the operation, we have to face the people and many a times ladies come in front of us," he said.

General Rawat had announced a few days back that soon the Indian Army would be considering women for combat roles.

General Rawat said that the process to allow women in combat roles is ongoing and they will be recruited for positions in the military police.

Presently, women are only being recruited into selective areas of the army like medical, legal, educational, signals and engineering wings. 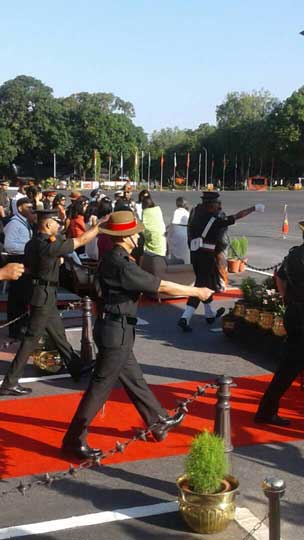 According to reports, India will be joining countries like Germany, Australia, Canada, the United States, Britain, Denmark, Finland, France, Norway, Sweden and Israel that have already allowed women in combat roles in their army. 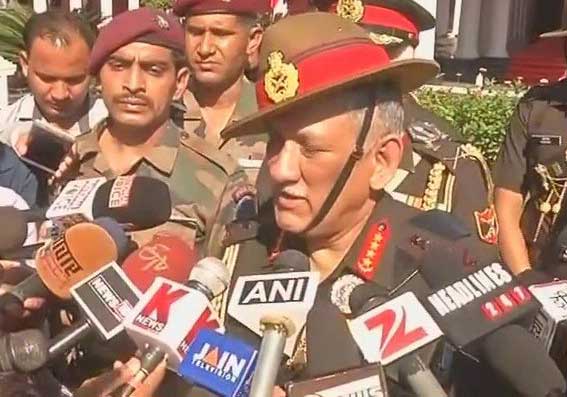 Answering a question on the ongoing unrest in Kashmir, General Rawat claimed youth in the valley are being instigated through a campaign of misinformation on social media.

"Youth in Kashmir are being instigated by a misinformation campaign on social media," he said.

On June 8, General Rawat said the situation in Kashmir would be normal soon.

Kashmir has remained in a volatile state since July 2016, following the elimination of poster-boy militant Burhan Wani in an encounter in Tral. Some of the protests have taken place in the middle of active security operations, leading to security forces adapting a tougher stance under duress.

The army chief said social media is an important tool being used by Pakistan to create unrest in Kashmir.

He said, "Pakistan is spreading disinformation among the youth of Kashmir with doctored videos and messages. This is further supported by some of the people in the valley who spread it and glamorise the young boys who have joined terrorist organisations."

Also on the government radar are social media networks like WhatsApp which aid in the spread of disinformation to stone-pelting protesters. (ANI)

Army chief: Any misadventure by Pakistan Army will be repelled with punitive response

Shouldn't get too concerned: Army Chief on Pak deployment along LoC