Donald Trump on Thursday said that India has been 'hitting us hard with tariffs for many many years.' But expressing his likeness for Prime Minister Narendra Modi, the US President added that 'great new trade deals will likely be done.'


Colorado: Donald Trump on Thursday said that India has been 'hitting us hard with tariffs for many many years.' But expressing his likeness for Prime Minister Narendra Modi, the US President added that 'great new trade deals will likely be done.'

Continuing his complaints about India's 'unfair treatment' on trade policies with the United States, the President while addressing a rally in Colorado, said, "Great new trade deals will likely be done. I am going to India next week. They have been hitting us hard for many many years but I really like Prime Minister Modi. We'll talk a little businesses. They give us tariffs one of the highest in the world. But I hear they gonna have 10 million people showing up along one of the largest stadiums in the world."

"But you know what the only problem in doing that Prime Minister Modi said we will have a packed house. We have thousands of people who couldn't get in. It's going to look peanuts from now on. I have never been saddened by the crowd, but when we have 10 million people in India how can everyone be satisfied with a 60,000 seat stadium," Trump said.

Ministry of External Affairs (MEA) spokesperson Raveesh Kumar, while answering a question on India-US trade deal during the weekly press briefing here on Thursday said India has been engaging with the US for quite some time, and we do hope to reach an understanding with an outcome that strikes the right balance for both sides.

The US President will be arriving on his first official tour to India on February 24 for a two-day visit. The visiting dignitary is also expected to attend an event at the Motera Stadium in Ahmedabad, named 'Namaste Trump,' on the lines of the 'Howdy Modi' function that was addressed by the US President and Modi in Houston in September last year.

The President, meanwhile, noted that Prime Minister Narendra Modi, who represents "1.5 billion" Indians, has an advantage on Facebook, while referring to the number of followers the two leaders have on the social networking website.

Trump said PM Modi is "number two" on Facebook in terms of followers and that he is number one as told to him directly by Facebook CEO Mark Zuckerberg.

"I'm going to India next week, and we're talking about -- you know, they have 1.5 billion people. And Prime Minister Modi is number two on Facebook, number two. Think of that. You know who number one is? Trump. You believe that? Number one. I just found out," the President said during his address. 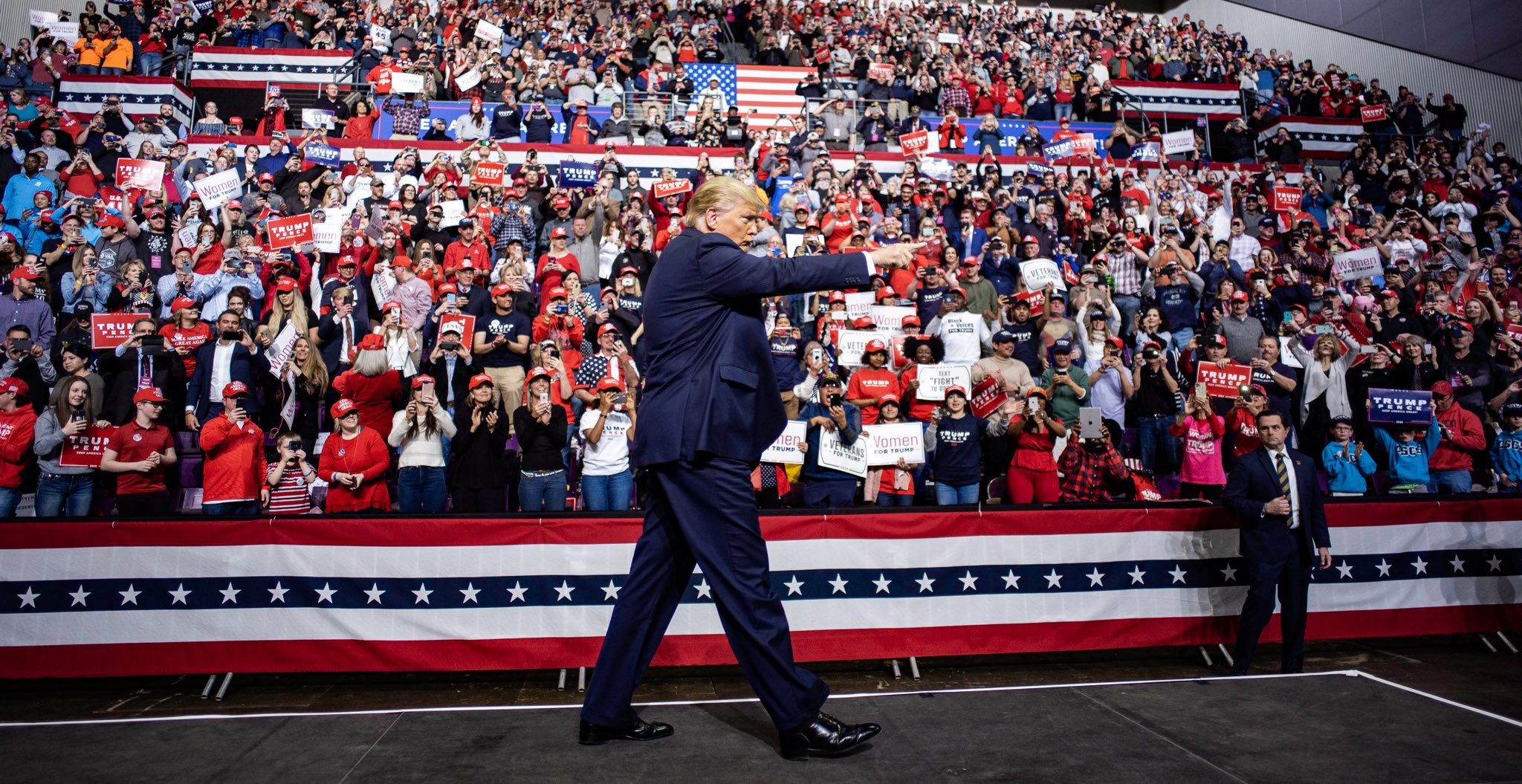 Meanwhile, as Trump himself receives positive marks from the Indian public, some of his specific policies and trade attitudes in general do not garner a similar warm reception.

According to Pew Research Centre, a Washington-based think tank, Trump's image in India has gained favour since his candidacy in 2016, jumping from 14 per cent confidence to 56 per cent over three years. However, when asked about their views of Trump's policy on increasing tariffs or fees on imported goods from other countries, nearly 48 per cent of Indians said they disapproved the following.

In the past year, Washington has expanded aluminum and steel tariffs and also stripped New Delhi of its preferential trading partner status under the US Generalized System of Preferences (GSP) that provided better access to American markets and better tariff rates for Indian exporters; the Indian government then issued retaliatory tariffs against the Americans.

Therefore, it is yet to see how new deals over trade fructify in the days coming soon.

Trump and First Lady Melania Trump will have an extensive schedule for February 25 when they arrive in the national capital of India. According to sources, there will be multiple meetings and delegation-level talks apart from the exchange of agreements.

Trump will also visit the US Embassy in New Delhi.

Also Read: Not 70 lakh, but one lakh to attend Trump roadshow

According to his tentative itinerary, Trump will leave for the United States by his special flight around 10 pm on February 25. (ANI)

International: Donald Trump says he is liked more in India than in US