Dhoni to serve in Kashmir, will perform patrolling and guard duty: Army

Cricketer MS Dhoni, who is also a Lieutenant colonel (Honorary) in the Territorial Army unit of the Parachute Regiment, is proceeding to be with the battalion from July 31.


New Delhi: Cricketer MS Dhoni, who is also a Lieutenant colonel (Honorary) in the Territorial Army unit of the Parachute Regiment, is proceeding to be with the battalion from July 31. 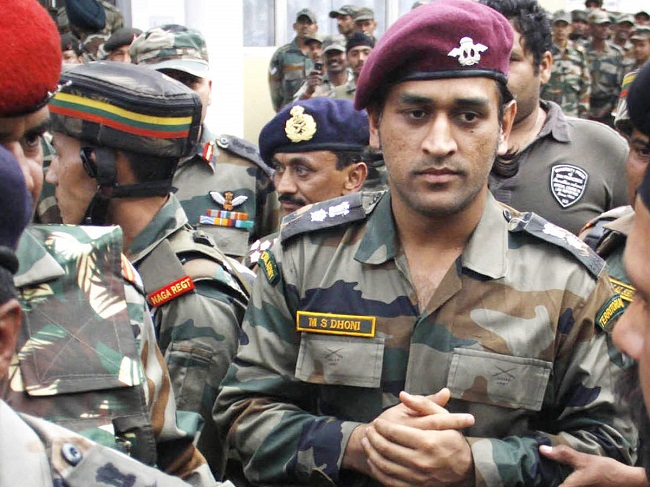 Dhoni will be with the unit, currently stationed in the Kashmir Valley as part of Victor Force, from July 31 to August 15, 2019, an Indian Army official said.

As requested by the officer and approved by Army Headquarters, Dhoni will be taking on the duties of patrolling, guard and post duty and would be staying with the troops, the official added.

Lieutenant Colonel (Honorary) MS Dhoni is proceeding to 106 Territorial Army Battalion (Para) for being with the Battalion from 31 Jul-15 Aug 2019. The unit is in Kashmir as part of Victor Force.He'll be taking duties of patrolling, guard&post duty and will be staying with troops pic.twitter.com/q7ddDR4fSk

Dhoni has taken a two-month sabbatical from cricket to serve his unit. According to Army sources, Dhoni will undergo training with the jawans and live like any other soldier. Dhoni's battalion, which is headquartered in Bengaluru, is currently posted in the Valley.

In 2015, Dhoni became a qualified paratrooper after having completed five parachute training jumps from Indian Army aircraft at the Agra training camp. (UNI)

Cricket Buzz: Big fan of Dhoni, would want him to be part of T20 WC squad, says K Srikkanth