At Mar-a-Lago, the decision to handle the minor crisis of a North Korean missile launch in full view of Mar-a-Lago members makes little sense—except as an opportunity to act out leadership in public.

According to a CNN report, those who don't work in national security or government but were also dining on the patio on Saturday evening couldn't say whether the conversations or documents were classified. But the episode- which was documented by diners in photographs on Facebook - raised questions about how the Trump administration will handle foreign policy crises on the road.

House Minority Leader Nancy Pelosi tweeted Monday: "There's no excuse for letting an international crisis play out in front of a bunch of country club members like dinner theater."

Presidents always travel with secure communications equipment, even when they're on vacation. A Sensitive Compartmented Information Facility, known as a SCIFF, also comes along. The tent-like structure can fit inside a hotel room and allows a president to conduct sensitive phone calls without the risk of being detected by recording devices.

At Mar-a-Lago , it had not been immediately clear whether Trump utilized that equipment, but White House spokesman Sean Spicer told reporters on Monday that the President had used the equipment. 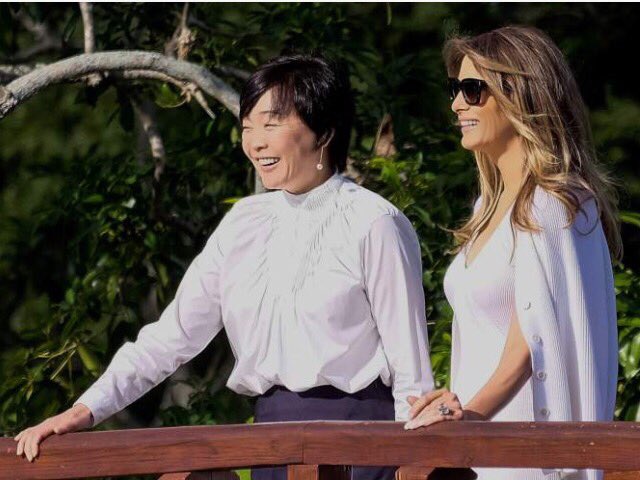 However, Trump was spotted speaking on a cell phone at his dinner table as advisers surrounded him to develop a response to the missile launch. Sheets of paper were produced and read with the assistance of flashlights on aides' cell phones - which, if compromised, could also act as cameras or recording devices. (with ANI inputs)