Novak Djokovic was all set to cruise into the U.S. Open as hot favourite but a semi-final defeat at the Cincinnati Masters last week has at least given hope to his challengers that the world number one is not invincible.

Wshington DC: Novak Djokovic was all set to cruise into the U.S. Open as hot favourite but a semi-final defeat at the Cincinnati Masters last week has at least given hope to his challengers that the world number one is not invincible.

Djokovic was on a roll until Cincinnati, having won three titles, including two Grand Slams, on three different surfaces this year.He won the Australian Open in January, took the ATP Masters event in Madrid in May, before saving two match points to overcome old foe Roger Federer in the longest men’s singles final at Wimbledon in July.But last weekend’s defeat by Russian Daniil Medvedev did not shake the confidence of a man who has spent nine months as the game’s top ranked player.

“I see mostly positives really in my game,” he said after Saturday’s loss, only his seventh in 45 matches this year. “I lost to a player that was playing amazing, so I’ll take that and I’ll move forward to New York and have a good practice week.

“Then, of course, get myself ready for the Open. I love playing in those conditions there on centre court. I’m going to fight for a title as everyone else does, and I like my chances. I feel good and I look forward to it.”

Djokovic, who has won four out of the last five Grand Slams — with his only loss over the past 13 months being in the semi-finals of this year’s French Open — will still be one of the favourites to win his fourth U.S. Open title. 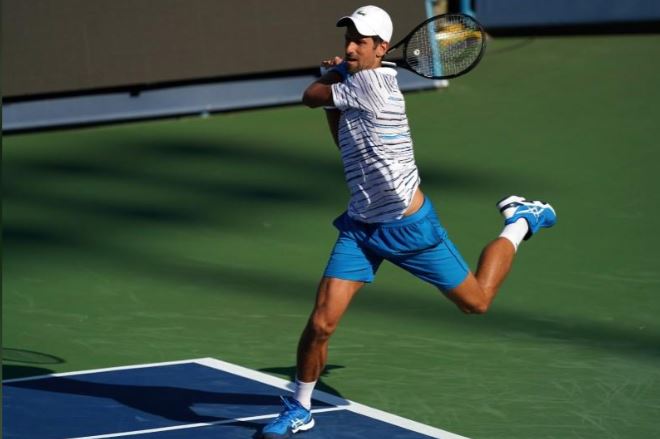 A triumph at Flushing Meadows would also take him to within one of Rafael Nadal’s total of 18 Grand Slam titles and to within three of Federer’s record 20.

Off-Court Distraction
Although a men’s champion has not defended the U.S. Open crown since Federer in 2008, Djokovic can take encouragement from a fine run of form there in recent years.Apart from 2017 when he missed the tournament through injury, the Serb has reached at least the semi-finals in Flushing Meadows every year since 2007.If there is one possible distraction, it comes off the court.

The 32-year-old faces opposition from rivals for political dominancy of the ATP Players Council, the body set up to give tour members a voice. Djokovic has led the Players Council since October last year but his two main rivals Federer and Nadal returned to the body earlier this month, a move that was seen by many as a united front to counter Djokovic’s influence.

The council will meet in New York ahead of the U.S. Open and the subtext will add to an already fierce rivalry among the three men who have dominated the men’s game for more than a decade. (Reuters)