Smith, who has so far captained Australia in 20 matches, has scored nine tons and is averaging above 73, while Kohli has also scored nine hundreds, including four double centuries, in his 23 games in charge at an average over 67

London: Newly appointed England Test skipper Joe Root believes that the added responsibility would just take his batting to a new level, just like it has done for Virat Kohli and Steve Smith.

Root, earlier this week, was handed over England's captaincy in Test format, succeeding Alastair Cook, who stepped down as Test captain after a record 59 matches in charge.

Root feels that the added responsibility can have a similar effect on him too.

"Looking around the world, other guys in a similar position to me have taken similar responsibility and taken their game to the next level, so I'd like to think if I go about it the right way I'll be able to do the same thing."

"I look at Virat Kohli and Steve Smith's improved form and that excites me. I think that's a very good way to look at it personally," he added. 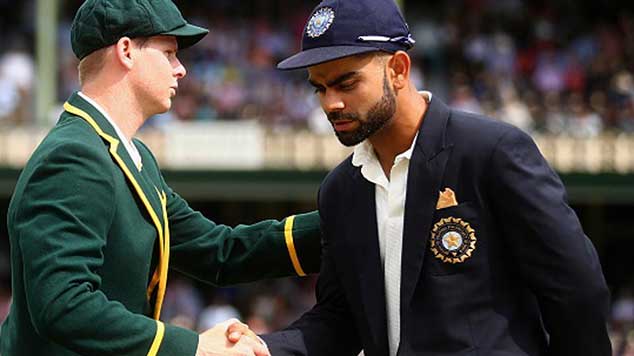 Root further said he would like to be "captain that wins and is tough to play against".

"And I'd like to hope we'll play cricket that is enjoyable to watch. That is something that excites me, it should be entertaining Test cricket and that's something I want to get across to the team and the people watching," he said.

The right-handed batsman said that he wants to be instinctive and natural.

"I just want to put my stamp on things and hopefully that can help us improve and develop and become a better team," he insisted.

Root will have a full four months of preparation before England's next Test series against South Africa in July. (With ANI Inputs)

Renshaw and Marsh vital lead for Australia in Bengaluru Test

Kohli: Going against Australia fully aware of their strengths, weaknesses