Australia took a giant step towards retaining the Ashes in the fourth test at Old Trafford on Saturday after they left England needing 365 runs to win with eight wickets remaining heading into the final day.

Manchester: Australia took a giant step towards retaining the Ashes in the fourth test at Old Trafford on Saturday after they left England needing 365 runs to win with eight wickets remaining heading into the final day.

After declaring their second innings on 186-6, with a lead of 382, thanks to yet another outstanding innings from Steve Smith, who made 82, Australia heaped the pressure on England with two wickets late in the day. Pat Cummins grabbed two wickets in two balls to leave Joe Root’s side reeling, before the hosts regained some composure to reach 18-2 at the close.

Australia were the better side in all three departments with Cummins, Josh Hazlewood and Mitchell Starc all troubling England and benefitting from sharp catching, but it was once again Smith’s batting that proved a class apart. On a day in which every other batsman struggled to cope with good length pace bowling, Smith, who has now compiled nine straight half-centuries against England, looked utterly unfazed. 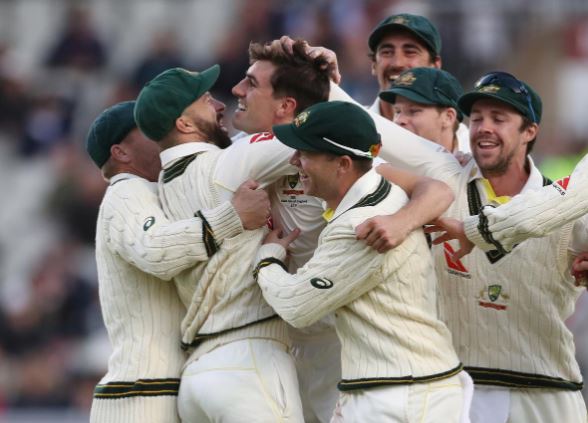 “None of us expected the innings Smithy went out with, he was incredible. We’d have been happy to get though the night but Smithy was unbelievable,” said Cummins.

Victory for Australia, who bowled England out for 301 early in the day, would ensure they retain the urn, taking a 2-1 series lead into the final test at The Oval next week. Although England’s astounding comeback win in the third test at Headingley will give them some hope, the winning target looks well out of reach for the hosts who must hope they can somehow bat through the day.

“I think we can do it. We’ve had a chat in the changing room, we’re certainly not going out thinking it’s all over. There’s no use playing at this level (if you don’t),” said England coach Trevor Bayliss. 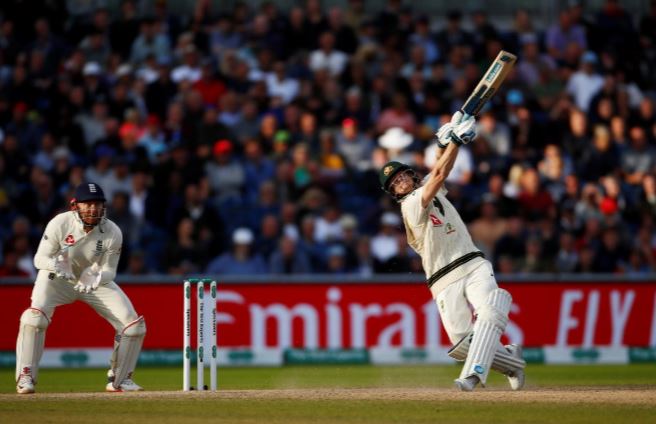 “They believe they are good enough to bat for 98 overs and save the game.”

Australia had half an hour at the end of the day to attack England’s top order and paceman Cummins had instant success. With the third ball, Rory Burns found a leading edge and looped his shot to Travis Head at mid-off and then, with the next ball, he clean bowled England captain Root.Jason Roy kept out the hat-trick ball and England made it to stumps with no further casualties. (Reuters)