Australia batsman Steve Smith said that Test captaincy is not on his radar at the moment as he is all focused on scoring runs.

Melbourne: Australia batsman Steve Smith said that Test captaincy is not on his radar at the moment as he is all focused on scoring runs.

"It (the Test captaincy) is certainly not on my radar at the moment. It's just about going out there and doing my job as a batsman and scoring runs," Cricket.com.au quoted Smith as saying.

Smith's comments came after he was seen offering advice to bowlers and discussing with Paine on numerous occasions during the first Ashes Test match. Smith is not allowed to be the team's captain until March 2020 because of his involvement in the last year's ball-tampering scandal. 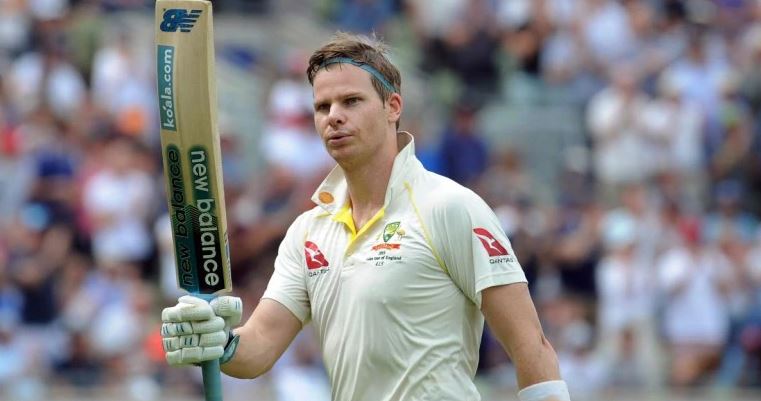 However, Smith said that he will not shy away from helping skipper Tim Paine on the field.

"Of course, I'm experienced now and able to help in any way that I can. (Paine) knows I'm there to help him and give him some suggestions and things like that as much as I can. If I see something I'll always go to him and try and help for the betterment of the team," he said.

England are chasing a target of 398 runs and will resume day five on Monday from 13/0. (ANI)