New Delhi: Giving major 'Saturday Night' vibes, actor Jacqueline Fernandez raised the glam quotient by dropping a series of jaw-dropping pictures of herself on social media. Taking to her Instagram handle, Jacqueline posted a series of pictures from her latest photoshoot. 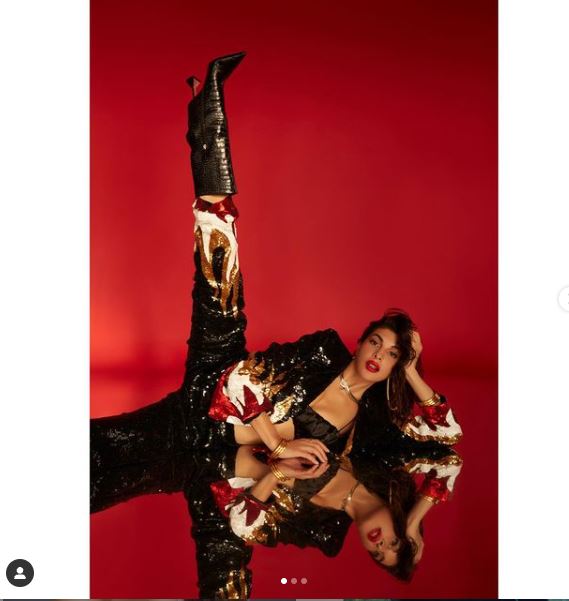 In the snaps, the 'Bhoot Police' actor looked alluring in a fire patterned glittery co-ord set teamed with a black bralette. She paired her sassy outfit with black coloured high heel leather boots. The 36-year-old star accessorised her glam avatar with some gold jewellery inclusive of a hand bracelet, neckpiece, and dangler earrings.

Jacqueline stole hearts with her flawless glossy makeup look and perfectly styled hairdo. The comments section of the post that garnered more than seven lakh likes was filled with a string of emoticons and messages from her fans who appreciated her killer looks and posing skills. Meanwhile, on the film front, Jacqueline was recently seen in the horror-comedy film, 'Bhoot Police'. She has multiple projects in the pipeline including 'Kick 2', 'Bachchan Pandey', and 'Ram Setu'. (ANI)