In the picture, Sunny could be seen in an intense avatar. He was seen keeping a gun near his forehead. Read more on Dynamite News

Taking to his Instagram handle, the 'Ghayal' actor treated fans with a glimpse of his upcoming movie. Sharing the picture, he wrote, "I see U."

In the picture, Sunny could be seen in an intense avatar. He was seen keeping a gun near his forehead.

Read Also: Dulquer Salmaan, Sunny Deol's psycho-thriller 'Chup' trailer to be out on this date 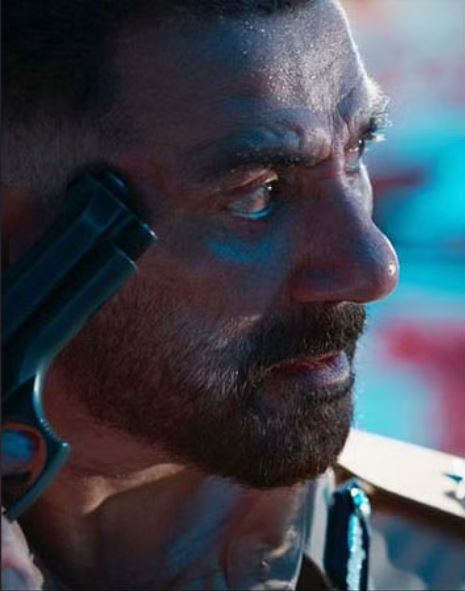 As soon as the picture was posted, the actor's fans and industry friends chimed into the comment section.

One of the users wrote, "Suunyy paji," with fire emojis.

The film is touted as a romantic psychopath thriller. It is said that the film is a homage to master filmmaker Guru Dutt and his 1959 classic 'Kaagaz Ke Phool'.

Helmed by renowned filmmaker R Balki, the film casts Dulquer Salmaan, Sunny Deol, Pooja Bhatt and Shreya Dhanwanthary in the lead roles and is slated to hit theatres on 23 September 2022.

Talking about the film, Sunny, who plays the role of a cop said, "It is a very thrilling story. It was a very interesting shoot for me personally. Balki's vision for this story was so crystal clear that the film seemed to have its own pace during shooting."

Director R Balki is known for his spectacular films like 'Paa', 'Ki and Ka', 'Padman', and 'Shamitabh', which received positive responses from the critics and the audience.

Meanwhile, on the work front, Sunny will also be seen in director Anil Sharma's 'Gadar 2', alongside Ameesha Patel and Utkarsh Sharma, and in 'Apne 2' along with his father Dharmendra, his brother Bobby Deol and his son Karan Deol. (ANI)